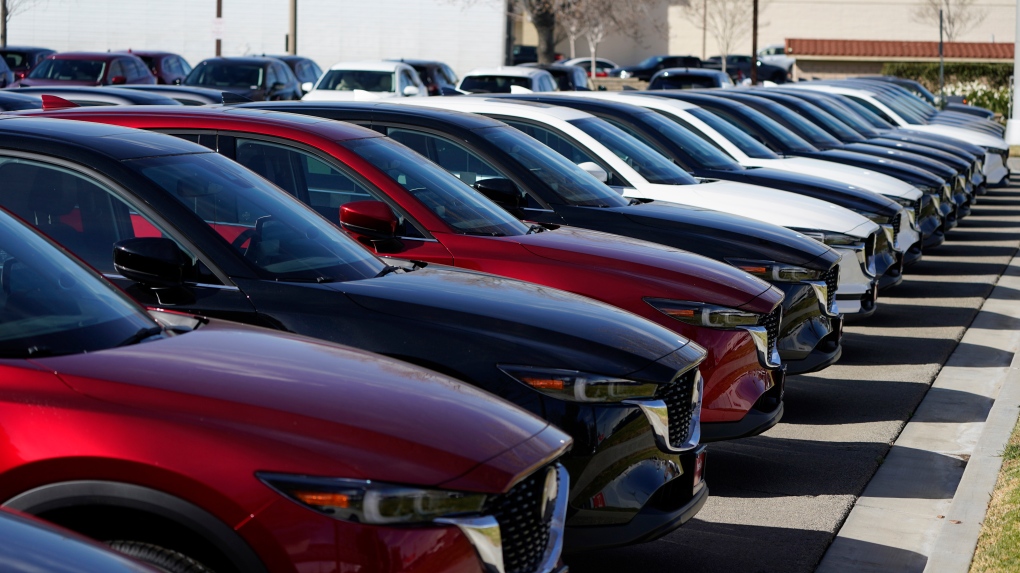 New but especially used car sales are soaring in Canada, as pandemic-related shortages of microchips and more people wanting a set of wheels to get around in have driven up prices and demand. (AP Photo/Marcio Jose Sanchez)

The automotive market in Quebec saw a price surge in 2021 for new, but especially used, vehicles.

The vehicle sales platform AutoHebdo analyzed data nationwide which showed that last December, the average price of a used vehicle had increased by 34.5 per cent compared to December 2020, reaching $33,240.

It is the highest average price ever for a used vehicle in the country.

In Quebec, the increase is even greater, reaching 35.4 per cent, although the average price of a used car is below the national average, at $29,434.

No explanation is offered for this difference, but AutoHebdo notes that the average price is traditionally lower in Quebec. One theory is that Quebecers buy, overall, more sedans than SUVs and pickup trucks compared to the Canadian average.

The analysis shows that demand for vehicles has been very strong since the start of the pandemic, in part because many respondents to an AutoHebdo survey reported a decline in interest in public transportation and a willingness to switch to auto transportation to reduce the risk of catching COVID-19.

At the same time, the pandemic allowed many Canadians to save on transportation costs due to telecommuting, travel, food and so on, giving them more flexibility in purchasing a vehicle.

While these factors were driving up demand, the microchip shortage that has affected automakers has had the opposite effect on the supply of new vehicles, which explains much of the used car craze.

Mounties on Vancouver Island have publicly identified the two gunmen killed during a shootout with police at a bank in Saanich on Tuesday.

Russian forces are pounding the city of Lysychansk and its surroundings in an all-out attempt to seize the last stronghold of resistance in eastern Ukraine's Luhansk province, the governor said Saturday.

Minecraft YouTuber Technoblade has died at the age of 23 following a year-long battle with cancer, his family announced Friday.