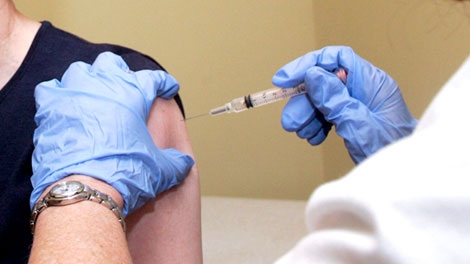 Montreal’s health services agency issued a news release Monday saying it is offering flu vaccinations in over 900 locations for anyone who wants to get the shot.

Every year, one in six Montrealers will become ill with the flu, facing symptoms such as the sudden onset of fever, cough, muscle pains, fatigue and general discomfort that lasts for several days.

Influenza can lead thousands to become hospitalized and can even kill some due to complications from the infection, including pneumonia.

Quebec has the lowest vaccination rate in Canada, with 2012 statistics showing only 27 per cent of Quebecers getting the shot.

Talk to your doctor, nurse or pharmacist about where to get the vaccine. You can also visit your local CSSS for information. Not only is the vaccine safe, said Montreal health officials in the news release, but, they said, it is also the most effective means of preventing the illness and its complications.

Those who are particularly at risk:

“The flu season usually peaks in February or March, but you need to think about protecting yourself now, especially if you're in one of the groups at risk,” Montreal’s public health director Richard Masse said in the statement.