Montreal was pelted with a severe thunderstorm that moved across southern Quebec and brought heavy rain and hail Thursday afternoon.

Environment Canada warned the powerful storm could potentially produce tornadoes, but as of 6 p.m. a tornado had not been confirmed.

Two homes were destroyed by fire caused by a lightning strike on Montreal's north shore during the storm.

It was an intense storm that drenched Montreal and the surrounding regions.

hail the size of garlic cloves coming down in montreal pic.twitter.com/6uzQjSpfsS

It was a fierce storm that was apparently too much to handle for this manhole cover.


By 8:12 p.m., severe thunderstorm warnings had ended in Montreal, as well as Châteauguay - La Prairie, Longueuil, and Laval.

On social media, people posted photos and videos of streets -- and even the F1 racetrack -- appearing flooded.

This is my street right now lol (Montréal)
Let's test how waterproof my building actually is pic.twitter.com/OWOMLq9sZt 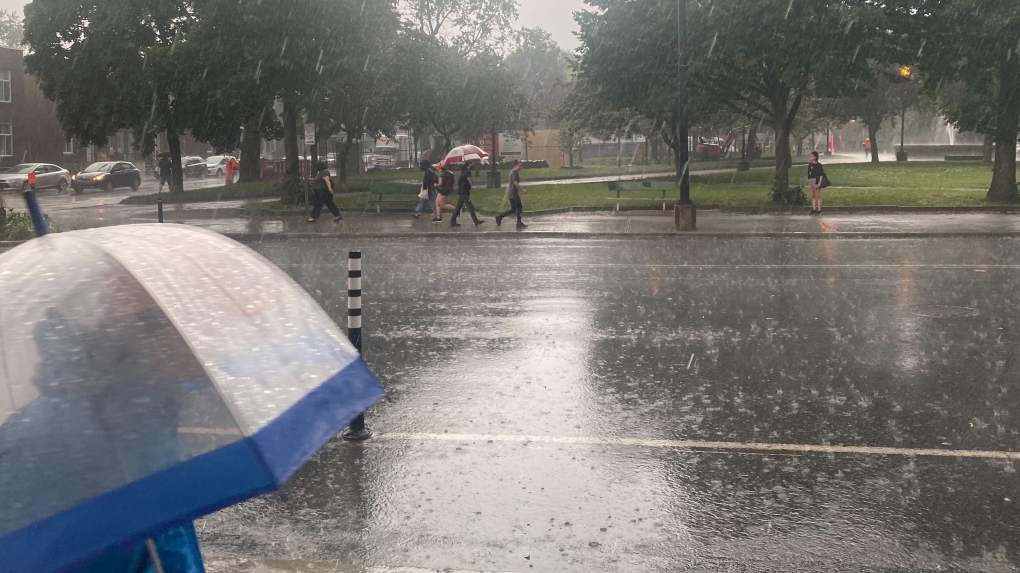 The Ministry of Transportation had to close Highway 15 and the Highway 40 East exit due to flooding; in Montreal, Metro service was temporarily disrupted due to "water infiltration." 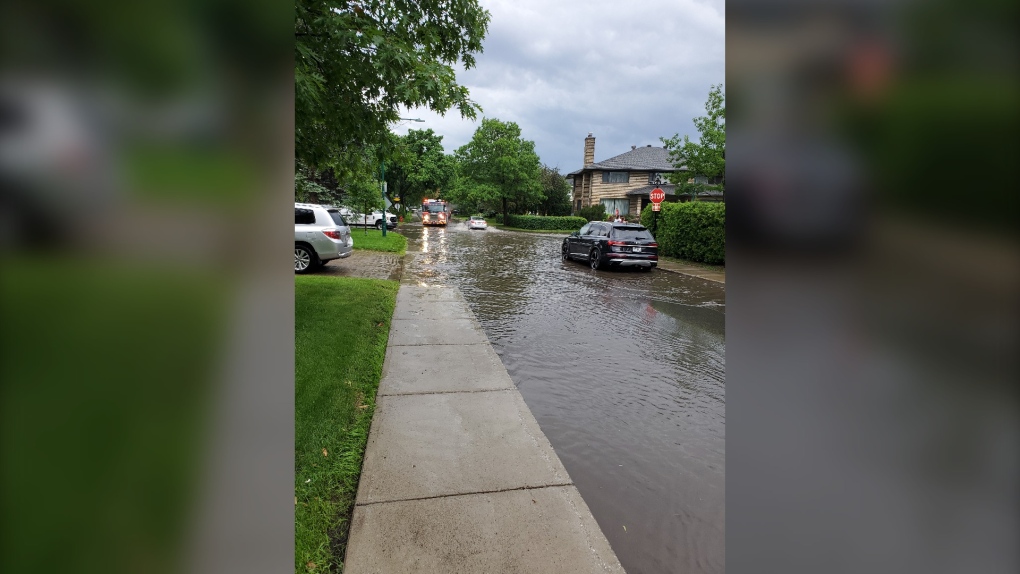 Heavy rains caused water to pool up near the intersection of Kenaston Ave. and Saint-Clair Rd. in the Town of Mount Royal. (Mike Silverman)

opinion | Don Martin: An Alberta storm is brewing as Danielle Smith is set to become premier