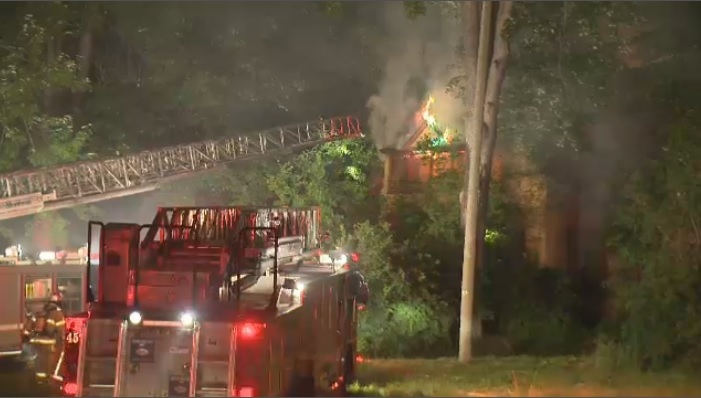 The Montreal police’s arson squad has now taken over the investigation into a suspicious fire on the West Island.

Arson investigators are probing a suspicious fire in a vacant building which burned to the ground overnight Wednesday into Thursday in Pointe Claire.

About 40 firefighters were dispatched in nine vehicles to the scene and only left about eight hours later, well after the flames were out and the buiding totally destroyed.

Firefighters searched the building and found nobody inside but officials were unable to tell CTV Montreal whether the building was known to have been frequented by squatters.

The house, which was built in 1954, was the last structure on a dead-end street bordering the Beaconsfield Golf Club.

According to city tax records, the building belongs to a numbered company with a head office in Pointe Claire.