The Quebec Liberal Party will need to fend off even more competition this Oct. 3 if it wants to hold on to its seats, and it appears some Liberal strongholds are not as safe as they used to be.

For decades, the Liberals have enjoyed strong support on Montreal’s West Island and South Shore. While polls suggest Liberal support remains strong in those areas, increased competition means the party will have to consider new avenues to Quebec City.

Other parties have grown in popularity. Francois Legault’s CAQ is expected to sweep the province for a majority mandate, Quebec Solidaire is a strong contender to beat the Liberals in the popular vote, and there are three other parties (the Quebec Conservatives, The Canadian Party of Quebec, and Bloc Montreal) contending for English votes.

Meanwhile, political analysts say the party will need to do more to reach French-speaking voters if it wants to approach the CAQ’s base.

“The numbers that we have among Francophones are atrocious for the Liberals,” said poll analyst Phillippe J. Fournier. “Among non-Francophones and Anglophones, it’s much lower than it’s been.”

On the weekend prior to the election, poll aggregate QC125 suggests several former Liberal strongholds could be lost to other parties.

Verdun, which in 2014 went 50.6 per cent in favour to the Liberals, is now a toss-up between that party, Quebec Solidaire (QS), and the Coalition Avenir Quebec (CAQ). 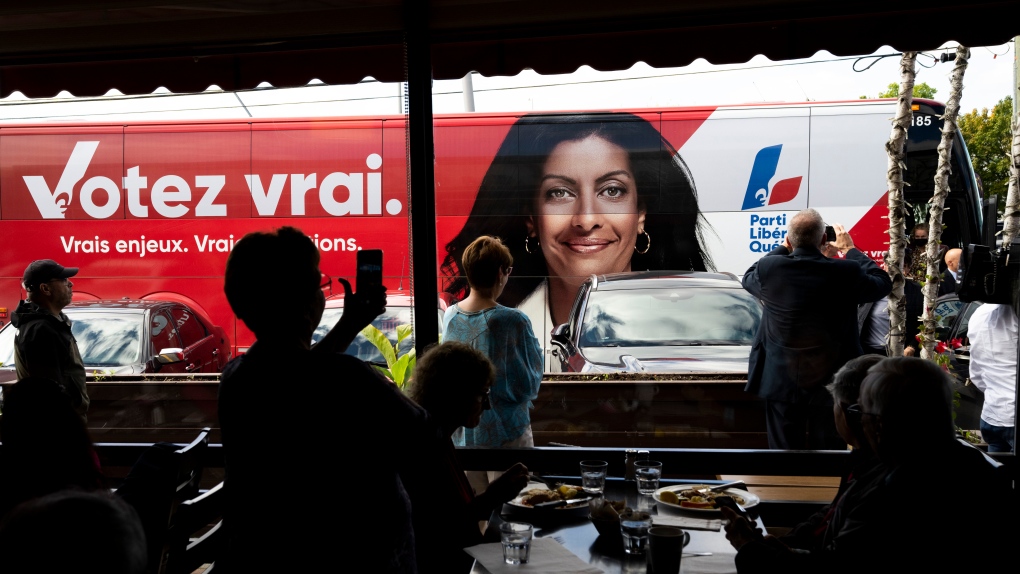 Perhaps even more troubling for the party, in Liberal leader Dominique Anglade’s riding of Saint-Henri–Sainte-Anne, there is also considerable QS and CAQ support.

That riding went deep red in 2014 with 50 per cent support, though that popularity has declined over time. Today, it’s just 30 per cent.

“I think certain seats are still safely in the Liberal column in the West Island, but you might see the majorities in those seats melt substantially,” said political analyst David Heurtel. “When Liberal voters are mad at the party, the way they react is they plain stay home.”

While not on the West Island, other ridings traditionally considered Liberal safe zones have seen inclines of support for other parties.

For example, the CAQ could pick up La Piniere on the South Shore, previously held by former health minister Gaeten Barrette.

Neighbouring Laporte is actually polling in favour of the CAQ after 49 per cent of residents there voted Liberal in 2014.