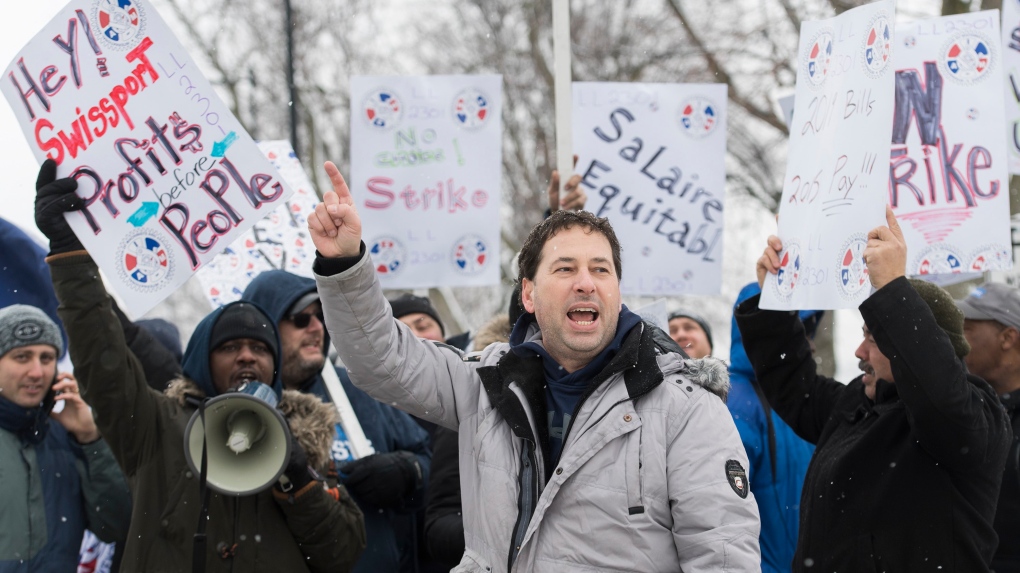 Swissport employees protest near Pierre Elliott Trudeau Airport in Montreal, Tuesday, December 31, 2019. About 108 workers who are responsible for refuelling planes walked off the job on Tuesday morning after they were unable to reach an agreement with Swissport. THE CANADIAN PRESS/Graham Hughes

MONTREAL -- A federal mediator is meeting with Swissport Canada a day after discussing a strike with the union representing employees who refuel planes at two Montreal airports.

The labour disruption by roughly 100 members of the International Association of Machinists and Aerospace Workers began Dec. 31.

Despite the strike, Swissport Fueling Services says it is maintaining refuelling services without delays.

Salaries and work-life balance are the main points of contention between Swissport and its Montreal-area workers, who have been without a contract since August.

Swissport said on Thursday that the strike would "definitely not" end before the weekend.

This report by The Canadian Press was first published Jan. 3, 2020.