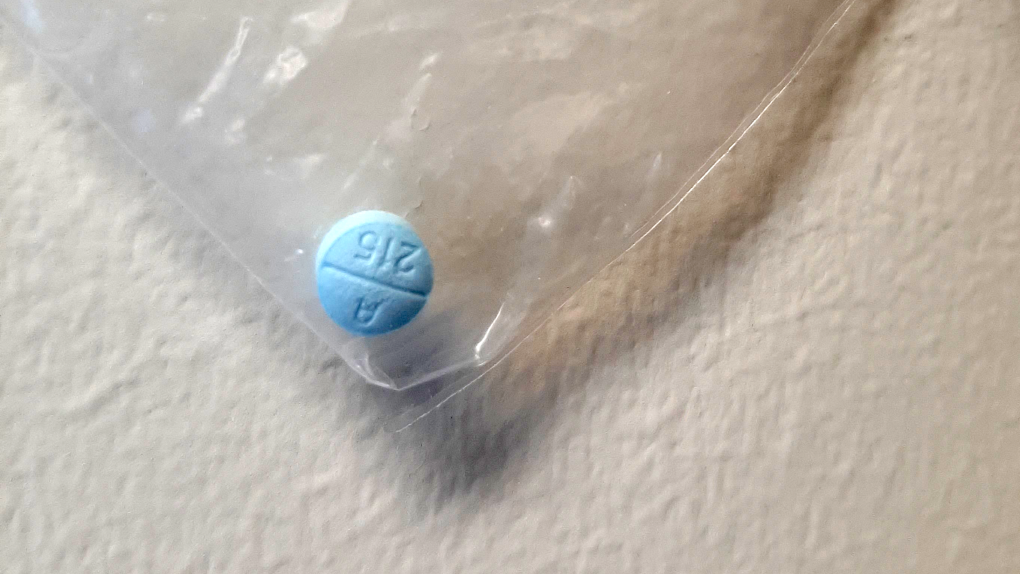 MONTREAL -- Montreal's public health department says someone in the city recently died after taking a blue pill that may be sold on the black market as Percocet, but whose contents are actually "more potent than fentanyl."

The tablet looked like a 30-milligram dose of oxycodone, which is an opioid normally available only by prescription.

However, after an analysis, the city determined it was "counterfeit" and contained something called isotonitazene, the city said in a press release.

"Isotonitazene is a synthetic opioid that is believed to be more potent than fentanyl and is therefore associated with a high risk of death, especially in consumers who could be exposed to it without their knowledge," it said.

It "is not detected by standard laboratory testing methods or by fentanyl test strips."

The pill is described as a blue, scored, rounded tablet incribed with "A / 215" on one side. On the same side there's a bisecting slit.

The city is not just asking people to avoid it, but also to be watchful and to report any situation involving "this newly identified drug in Montreal."

Like fentanyl, naloxone can be used to reverse the effects of an isotonitazene overdose if it's done immediately. If the person has stopped breathing, the city says to call 911 immediately. Naloxone is available at many pharmacies for members of the public to carry with them.

Amid several other harm reduction measures encouraged for drug users, health authorities asked them, when several people are consuming drugs at once, to avoid doing so all at the same time, and to decrease the dose of a drug to test its effects.

They also reminded people that anyone calling 911 in case of an overdose will have immunity from simple drug possession charges, under the Good Samaritans Rescuing Overdose Victims Act.

This August, Montreal public health officials said they were very alarmed by an uptick in overdoses, some of which involved puzzling circumstances.

The same compound has shown up in the last year in the American midwest and in Alberta and has been linked to several deaths.