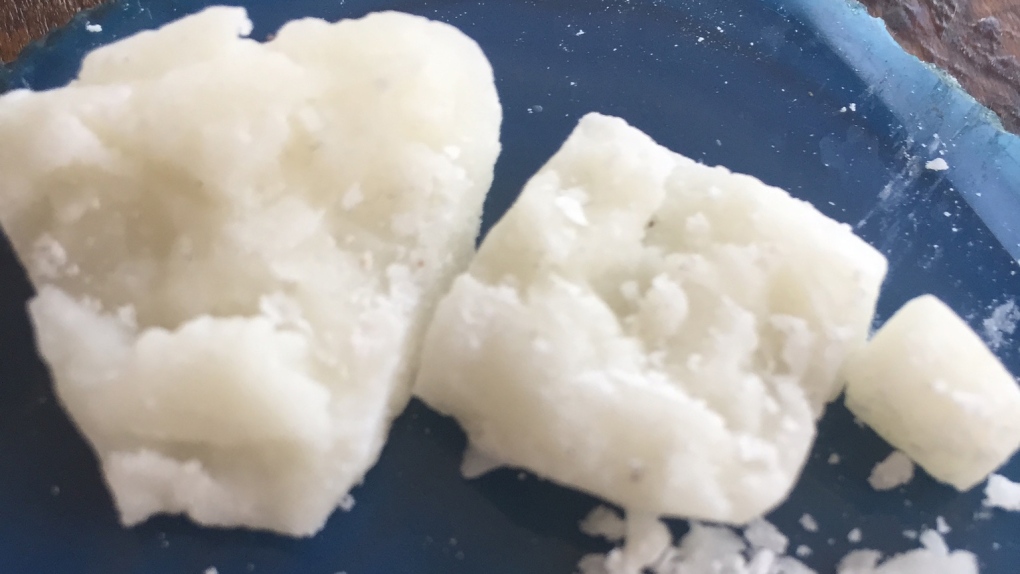 MONTREAL -- A spike in deaths caused by drug overdoses in Montreal this summer has public health experts both alarmed and puzzled – because the circumstances are like nothing they’ve seen before.

Most of the drugs consumed were stimulants: crack, cocaine, amphetamines and GHB. Five cases were a result of opioid use; only one was related to the consumption of fentanyl.

Also worrisome, they say, has been a significant increase in severe opioid overdoses at Montreal’s supervised injection sites requiring the urgent administration of the antidote naloxone to 15 people in June, to counter the effects of the street drug, believed to contain fentanyl.

"We’re checking on that every day and increasing our intervention in the field," said Dr. Carole Morissette from the Montreal Public Health Department (DSP) in an interview with CTV News.

On June 12, the DSP issued an alert about purple and other multi-coloured powders being promoted as heroin on Montreal streets – but were instead pure fentanyl.

Community workers in the field are also sounding the alarm about substantial supplies of Xanax pills flooding the black market.

"Black market Xanax pills are cheap now on downtown streets, about $5 per pill," says Chantale Perron from the addiction support organization Meta d'Ame, "and so people have easy access and can overdose, especially when it’s combined with other drugs."

Organized Crime Investigators with the Montreal Police have now arrested eight people in connection with a large cache of drugs they believe could be linked to the overdoses.

A search carried out on July 22 led to the discovery of some 20,000 tablets of Xanax, 2,000 of isotonitazene, which police describe as a powerful opioid. They also seized 40 litres of GHB, 740 grams of crystal meth, and one kilo of MDMA.

The July deaths represent the highest number of deaths in one month since the DSP began monitoring overdoses six years ago.

What makes all 29 fatal overdoses unusual, according to the Montreal public health doctor, is that they all occurred in towns and suburbs outside Montreal’s city centre.

"So it's different than the overdoses we see normally because it’s not people in touch with community organizations," Morissette said.

For that reason, health officials have posted warnings on social media about the risks associated with street drug use to reach a wider population.

The Quebec coroner's investigation into the deaths is ongoing, but the initial hypothesis is that the intense heat this summer may have played a role. High temperatures increase the risk of dying from an overdose of stimulants.

As Morissette explained, "we had some hot days in July, and deaths on some of those days."

Another serious risk factor is using drugs when you’re alone. Morissette says it is always better to be with another person or in touch with others while consuming street drugs so they can call 911 if help is needed.

"When fentanyl enters a city, it’s the beginning of something so we are really concerned that we can keep the death rate as low as possible. We see overdoses increasing every week," she said