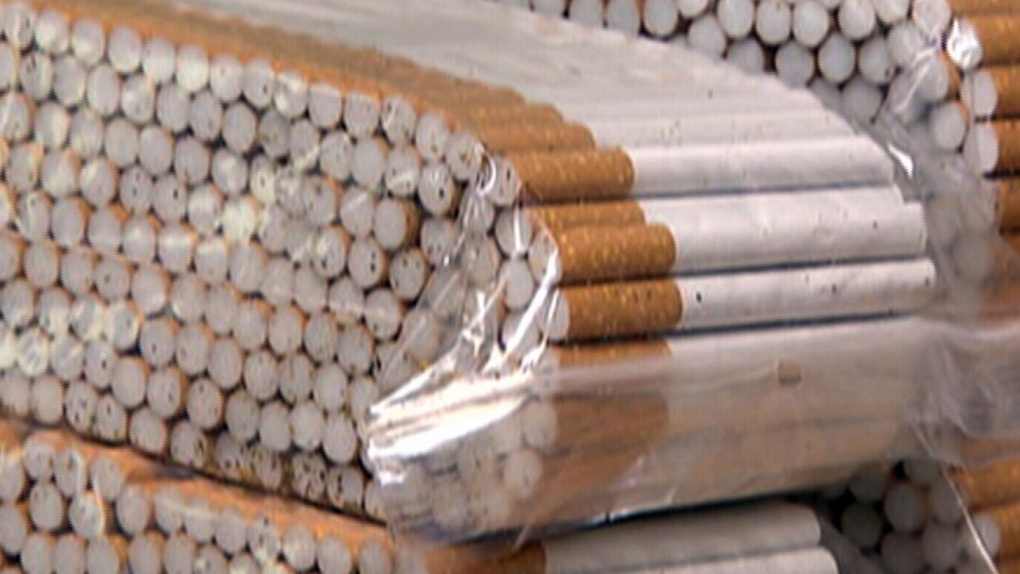 A Sherbrooke man was arrested for a third time since 2016 for smuggling contraband cigarettes.

MONTREAL -- A repeat tobacco smuggler has just been arrested in Sherbrooke for the third time with a large quantity of contraband cigarettes.

The Sherbrooke Police Department (SPS) said that the 63-year-old suspect was unmasked when agents from its ACCES tobacco section conducted a search in the Lennoxville borough on Thursday.

The SPS claims that a multi-unit residential building on College St., near the Bishop's University campus, had been identified as a place where contraband cigarettes were sold.

The search revealed 40,000 illegal cigarettes in a vehicle which were seized. The automobile was also seized.

The offender will be charged, and police say he may face heavy fines if convicted.

The same individual was intercepted in 2016 with 6,000 cigarettes and last May with 18,400 cigarettes, all illegal.