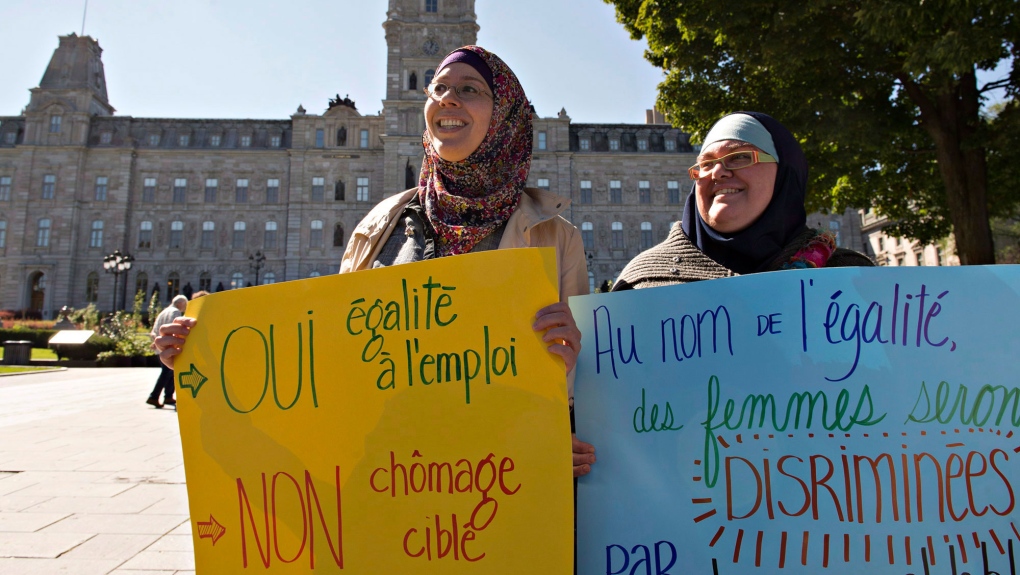 Two Muslim women demonstrate against the proposed Quebec charter of values at the legislature in Quebec City on Tuesday, September 17, 2013. (Jacques Boissinot / THE CANADIAN PRESS)

About half of Quebecers view Muslims unfavourably, according to a new poll.

The telephone survey by Forum research and published in the Toronto Star showed that 48 per cent of Quebecers view the religious group unfavourably. Across the country, 28 per cent of Canadians feel the same way.

The survey showed that overall, 41 per cent of Canadians have “unfavourable feelings” about at least one of these minority groups: Muslims, First Nations, South Asians, Asians, Jews and black people.

In Quebec, 57 per cent of respondents felt unfavourably toward at least one of those groups.

Here’s how other regions compared:

After Muslims, the groups most often considered “unfavourable” were as follows:

In all, 59 per cent of respondents expressed no unfavourable feelings for any group.