2021 got you down? New tour lets you step into the Montreal of yesteryear 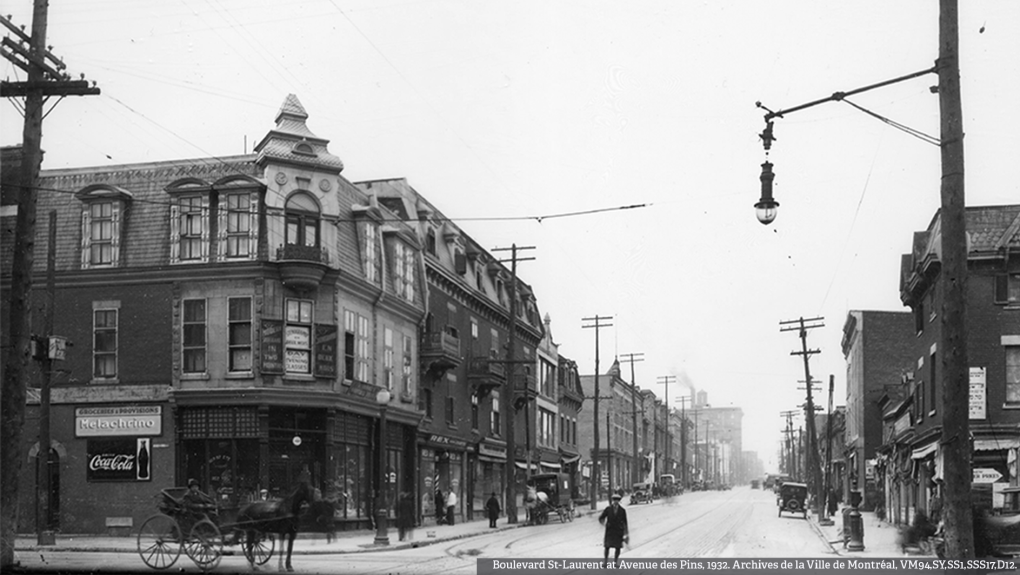 MONTREAL -- A year into COVID life, people are painfully aware that they can’t do what they used to—a trip to their hometown, maybe, or even a simple walk down the street.

But very occasionally, living through a pandemic means doing things you thought you'd never get to do -- for example, visiting your hometown, but the way it looked when you were growing up 50 years ago.

Some Montrealers have already jumped at the chance, taking a new virtual tour that lets them walk through their childhoods or their parents’ childhoods.

“One of our first tours was actually a group of former Montrealers who now live in Toronto, New York, Boston, and many of them hadn't been back to the city in several years,” said Renée Filbey, a manager at the Museum of Jewish Montreal.

The participants were in their 60s and 70s, and not only had they not been back in years, but that was sort of beside the point: if they did, they wouldn’t really recognize today’s Montreal anyway.

But in this tour, they did.

“You had people saying 'That’s the factory where my dad worked!' and ‘That's the school I went to as a kid,’ and ‘I lived on this street!’” Filbey said.

Usually, a tour is meant to introduce people to a new place. In this case, hearing that the tour rang true “with their memories” was how Filbey knew the museum’s months of work had paid off.

Last spring, she was looking at an old picture of St. Laurent—or the Main, as it’s sometimes called—when the inspiration first dawned.

In the black and white photo, “you can see there’s horses and buggies, there's streetcars, there's people sort of running across the street,” said Filbey.

The photo is a little “chaotic,” with a woman jaywalking to catch a tram. The Main is busy today, but it gives a sense that it was just as busy in the 1920s or 1930s.

The small museum was scrambling at the time, like all others, to reimagine itself in light of the sudden COVID-19 closure, and it felt like there were few options.

Run by young Montrealers from, at the time, a space along a stretch of historically Jewish St. Laurent., the museum used to draw in crowds for its popular walking tours around the Plateau, such as the “Beyond the Bagel” tour, which makes several snack stops as it leads participants through Montreal Jewish culinary history.

Suddenly, within a few months last spring, the museum staff learned they wouldn’t just lose their space, but regular tours were off the table, and tourism was nearly nonexistent anyway.

Looking at the old photo of the Main, however, “we were just kind of thinking about how many sounds and smells” there would have been, Filbey said—“You would’ve heard people speaking in French, English, Yiddish,” horses clopping down the street.

“Looking at that photograph I was kind of thinking, how could we recreate that? So we created a soundcape. We show the photo and we play the soundscape so it kind of gives you the sense of standing on the street.” 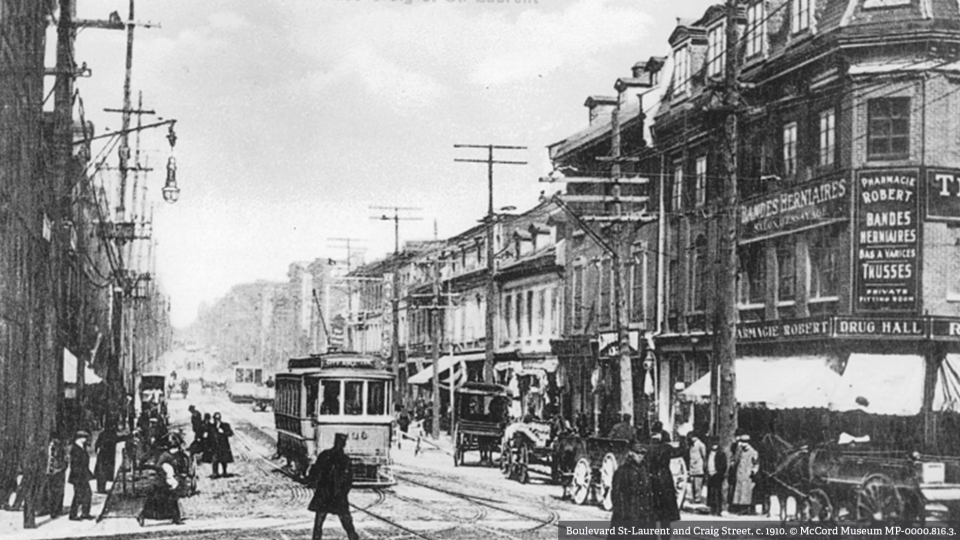 The “Making Their Mark” tour officially launched in December, with of-the-moment marketing.

“Facing restrictions on travel and gathering, many former Montrealers or frequent visitors to Montreal have found themselves longing to return to places they once visited or called home,” says the museum’s blurb, offering “a new type of tourism.”

The tour covers 70 years’ worth of history within just 10 city blocks, and it’s online, but it’s live—people “walk” with a tour guide and a group, through a series of photos and other multimedia meant to give a sense of really walking through the neighbourhood, and through time.

After all, regular walking tours are great, but they’ve never been very good at integrating historical materials, said Filbey—it’s usually too loud, too busy, too distracting.

“When you do an in-person walking tour… you're standing on a street corner with your group, and people can look at the buildings themselves, they can hear the sounds, and smell the smells,” she said.

People never want to stop and really look closely at historical pictures or listen to oral histories -- another aspect of the new tour, which plays clips of people talking about their lives in the old Plateau.

“We just think it’s so cool to look side by side… today, and what it was like in the past, and we can really do that very clearly in the virtual version,” she said. 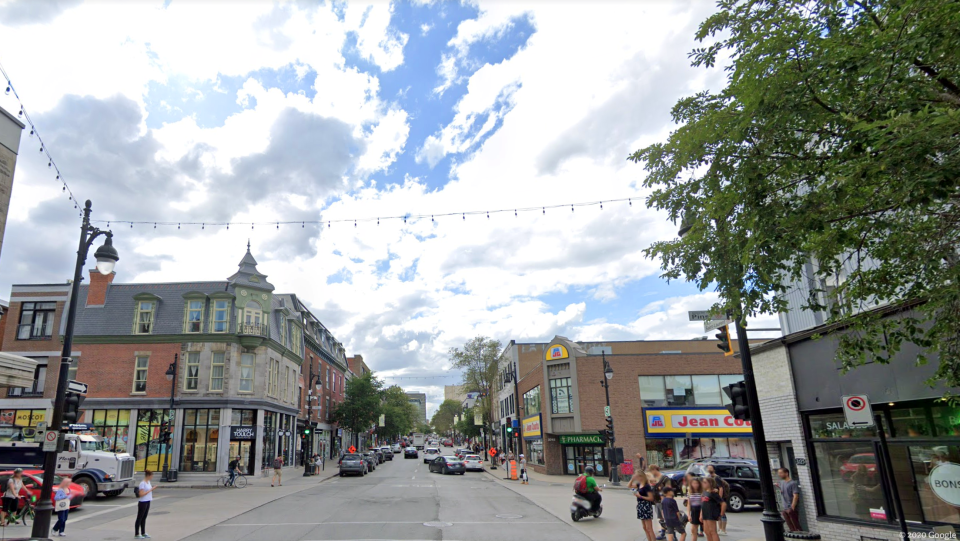 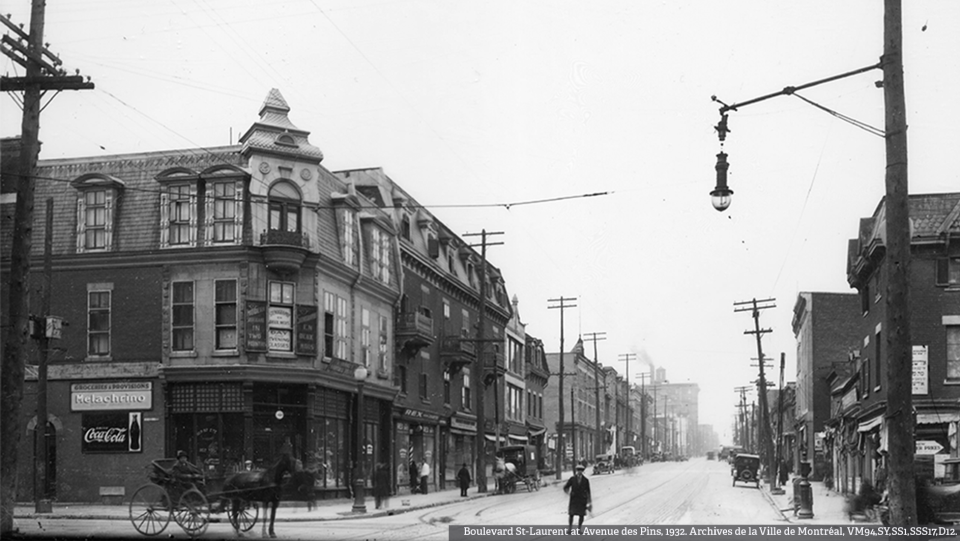 The tour goes through many distinct stories of those decades—the arrival of Eastern European Jews, how they found work and housing, and how the streets and back alleys came alive with a dense, thriving community.

It stops at landmarks and tells of specific tales, like the rare moment when French-speaking and Jewish garment workers joined each other in a labour movement. 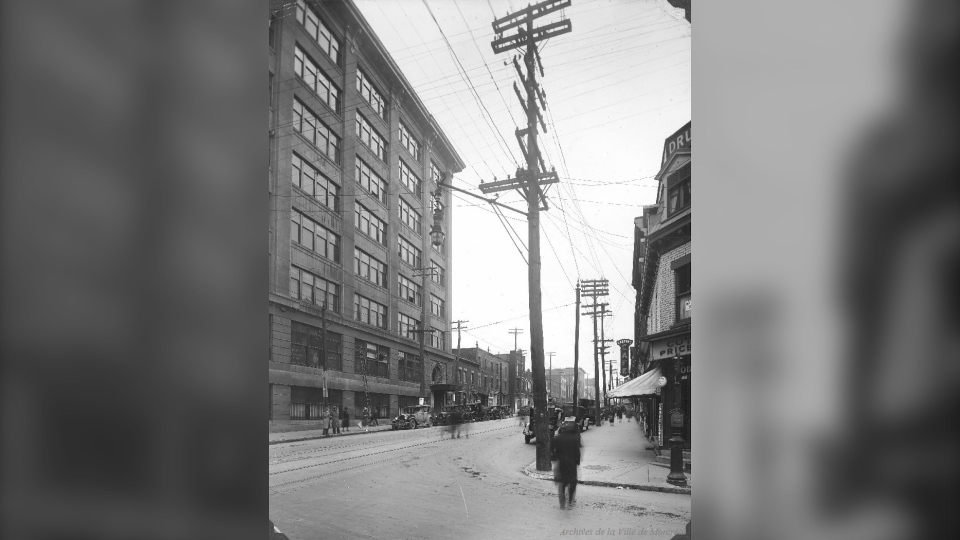 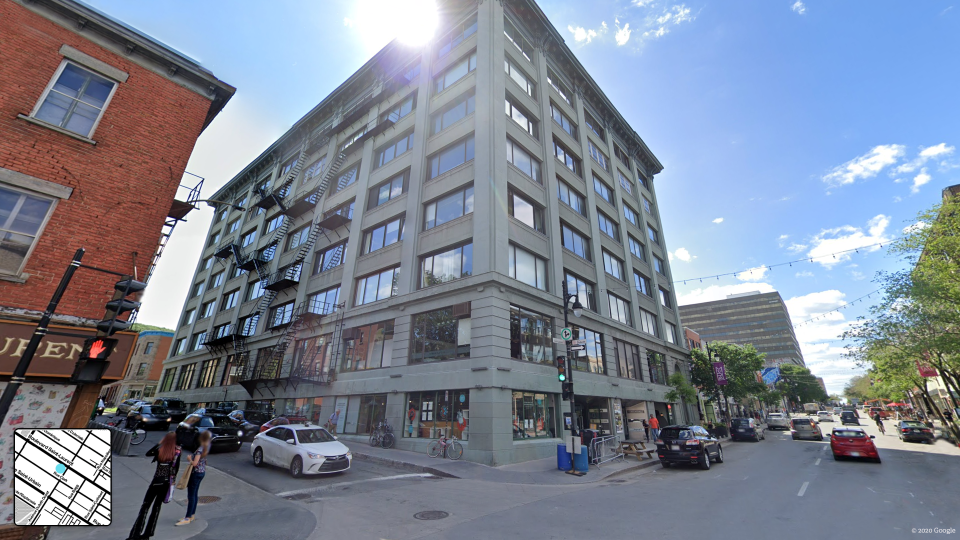 It wasn’t just Jews who shaped the Plateau, either. Filbey explains, as the screen moves through streets of colourfully painted triplexes, how Portuguese families arriving in a subsequent wave brought the bright colours.

The tour isn’t only meant for nostalgic Montrealers. People who have never been to the city have done it, said Filbey, and a class of McGill students took it recently.

A family that was scattered in different cities got together online to do it, the children "walking" through the place their parents know so well.

But even Montrealers suffering from the most mild form of nostalgia might be tempted to take the virtual walk. Even many of the “current-day” photos the tour has enshrined show a Montreal that has just recently become history.

Are you missing Moishe’s Steakhouse, closed in the pandemic? You can stroll past it again. Did you have a soft spot for the classic Berson & Fils gravestone-makers’ sign that used to hang, incongruously, across the street from Schwartz’s? It’s there.

The option isn’t going anywhere. The museum didn’t used to do tours year-round, since “nobody wants to go on a walking tour in minus-20-degree weather,” Filbey said.

But now it has a tour to offer indefinitely, in all seasons—another piece of serendipity that came from trying to recreate reality as we used to know it.

“In the end, it’s a different experience.”