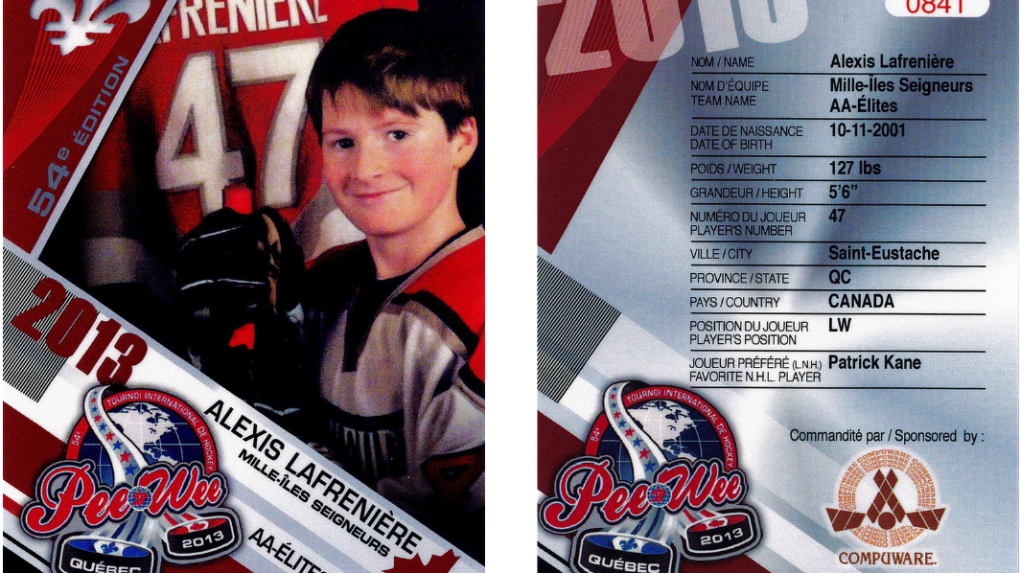 The SPVQ is warning collectors and hockey fans to stay away from purchasing fake Alexis Lafreniere Peewee hockey cards from the Quebec City International Pee-Wee Hockey Tournament in 2013. SOURCE: SPVQ

Last December, organizers of the Quebec International Pee-Wee Hockey Tournament warned of fake cards of Lafreniere from 2013 emblazoned with the tournament logo for sale on websites.

Organizers had said they came across the fake cards selling for $100 on eBay.

Police said in a statement today they arrested the suspect on Feb. 24 and that they seized many hockey cards and digital hardware following a search in connection with the investigation, which they said is ongoing.

They say it will be up to prosecutors to decide on charges.

The New York Rangers selected Lafreniere with the No. 1 pick in the 2020 NHL draft. He led Canada to a gold medal at the 2020 world junior hockey championship in the Czech Republic and played junior hockey for the Rimouski Oceanic of the Quebec Major Junior Hockey League.