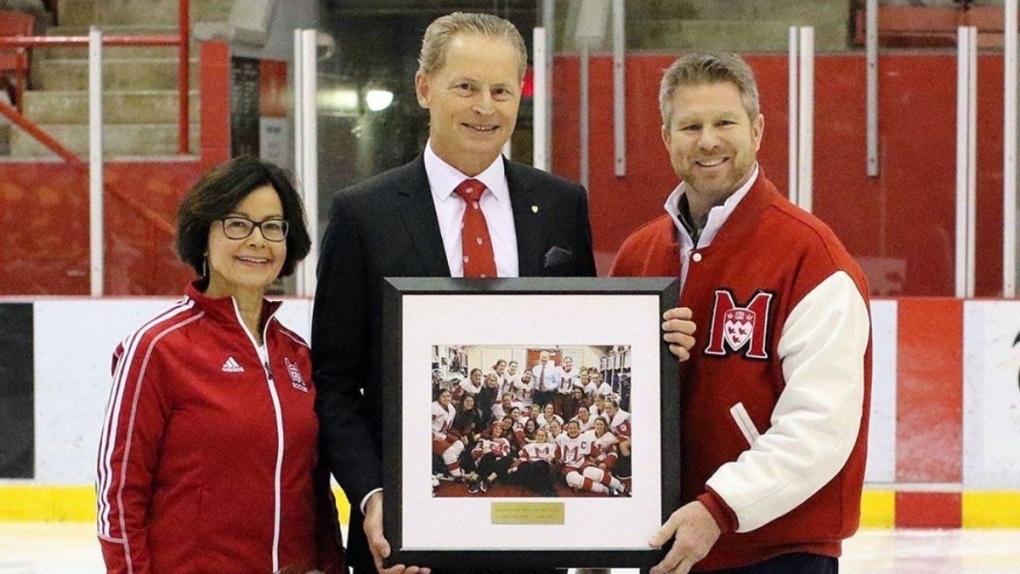 MONTREAL -- Peter Smith has stepped down as head coach of the McGill University women's hockey team, the school announced in a news release Wednesday.

Smith led the Martlets to four national championships and helped Team Canada to a gold medal at the Torino and Vancouver Olympics.

He announced his decision Tuesday after 20 years at the helm of the team.

The 67-year-old from Lachine is one of only three female hockey coaches from a Canadian university to have reached the plateau of 500 career victories.

Excluding the 2009-10 season when he took time away from the bench to focus on his work with Team Canada, Smith spent two decades with the Martlets leading the women to the Canadian national championship tournament quarter-finals in 17 of 20 occasions. McGill won four titles, five silver medals and five bronze.

"It was a difficult and very emotional decision to make," Smith said. "Being at the helm of the Martlets for 21 years has been an incredible adventure and a very important part of my life. It was great to win games and championships, but it was even more satisfying to witness the progression and development of these young women as players, leaders and, above all, individuals. This relationship will last for eternity."

The final campaign of Smith's career, however, ended prematurely. The Martlets won the Quebec Championship and were on their way to the quarter-finals of the Canadian Championship in Charlottetown, Prince Edward Island, when they learned the tournament was cancelled due to the coronavirus.

McGill University will shortly announce the hiring process for the next head coach of its women's hockey team.