In the wake of the major wind and thunderstorms that battered Quebec and Ontario on Saturday night, a tornado watch has been issued in the province's Eastern Townships and other regions.

Environment and Climate Change Canada (ECCC) said at 2 p.m. on Sunday that conditions are favourable for a major storm in the afternoon and evening in the Sherbrooke, Beauce and Mont-Orford-Lake Memphremagog areas.

"This is a dangerous and potentially life-threatening situation," Environment Canada wrote. "Be prepared for severe weather. Take cover immediately if threatening weather approaches." 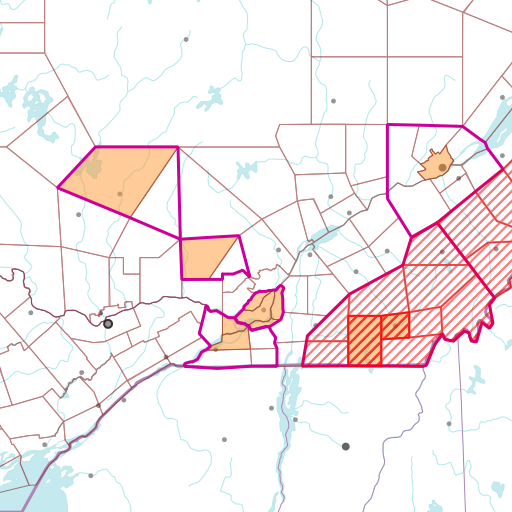 Environment Canada has issued several tornado watches in Quebec on May 22, 2022. SOURCE: ECCC

ECCC advises to do the following in the event of a tornado:

A watch is one step lower than a weather warning, which has not been issued.

There is a chance of thundershowers in Montreal Sunday night, but no watches or alerts are in effect on the island.

Thunderstorms are once again forecasted for southern and central Québec (and Gaspésie) today, as well as a potential of severe weather closer to the Appalachian mountains. #QCstorm pic.twitter.com/1QJ5UU7LSe