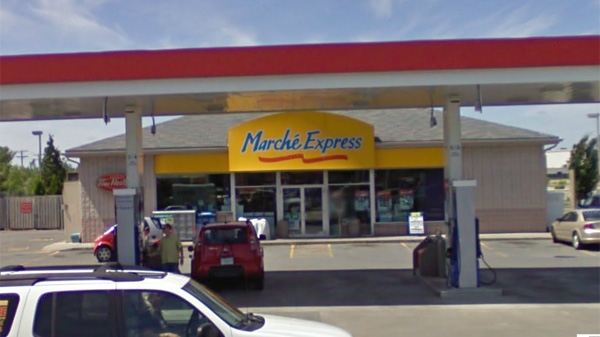 The assault took place at this Tim Horton's

The assault took place in a Tim Horton's coffee shop within an Esso gas station at 3265 St-Martin Blvd W. near Chomedey Blvd. around 3:20 a.m.

The victim was the lone employee and the assault began when he asked some of the suspects to stop urinating on the building.

The suspects then attacked him, according to Nathalie Lorrain of the Laval police.

Two men and one woman were arrested a few minutes afterwards while travelling nearby in a vehicle. The woman was released and not charged. The men will face charges.

The victim was brought to hospital with cuts to his face and head.

Police are still on the lookout for one other involved in the assault.

Police know the missing man's identity and are waiting for him to give himself up. If he does not turn himself in they will attempt to find and arrest him.