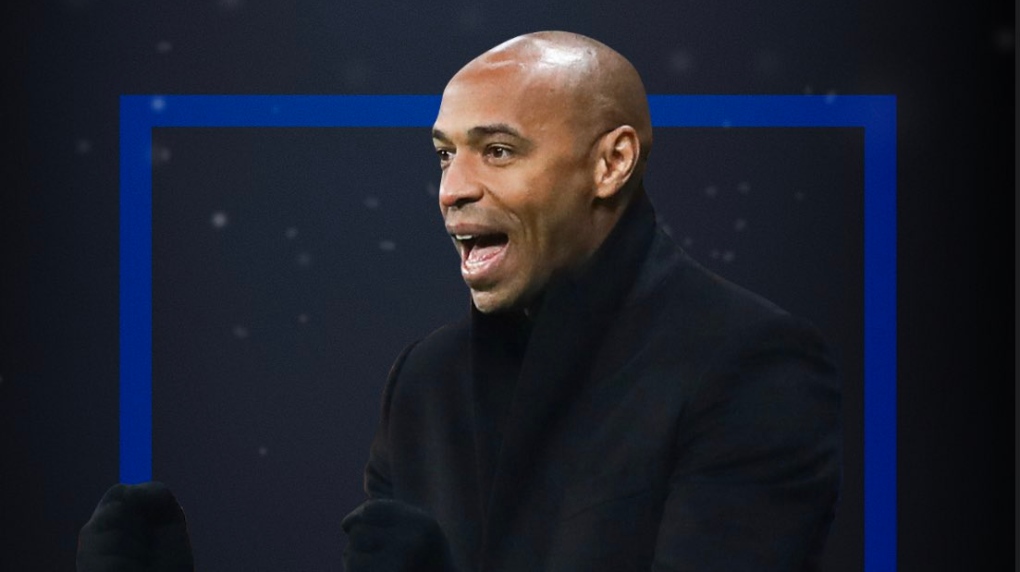 MONTREAL - The Montreal Impact named French soccer legend Thierry Henry as head coach of the Major League Soccer team on Thursday, signing the former striker to a two-year contract with an option for the 2022 season.

Henry will be formally introduced on Monday and will be at the helm of the team as of mid-January when training camp begins, the Impact said in a release.

"His name was part of a list of potential candidates as soon as we started to look for a head coach," Impact President and CEO Kevin Gilmore said. "When (sports director) Olivier Renard was hired, he realized (Henry) was candidate number one. From there, the negotiations began. They were neither very difficult nor very long."


Henry, 42, is considered one of the best strikers in soccer history.

He represented France at the World Cup on four occasions, winning the tournament in his first appearance in 1998. He also won the Euro in 2000 and remains the country's all-time leading scorer with 51 goals in 123 games.

A FIFA world player of the year finalist in 2003 and 2004, he reached the top of Arsenal's scoring chart with 228 goals in all competitions. He won two Premier League championships, three FA Cups and played in a UEFA Champions League final with the team.

Henry spent four-plus seasons in MLS with the New York Red Bulls, scoring 51 goals and adding 42 assists in 122 games. He won the Supporters' Shield in 2013 and was a four-time MLS all-star.

"It's an honour to coach the Montreal Impact and return to MLS," Henry said. "It's a league I know well, in which I had some very nice moments. To be in Quebec, in Montreal, which has an enormous multicultural heritage, it's extraordinary. I've always kept an eye on the club and now I'm here."

He was named an assistant with the Belgian national team in 2016 and helped guide the squad to a third-place finish at last year's World Cup.

Henry most recently served as head coach with AS Monaco in Ligue 1. He had a record of 4-11-5 before being fired.

"We are extremely happy with the arrival of Thierry Henry," said Impact sporting director Oliver Renard. "Young and dynamic, he's very familiar with MLS and meets the qualities we were looking for in our search. This nomination, two months before the start of camp in January, will give us a chance to build our squad with the man that will lead it."

Henry succeeds Wilmer Cabrera in the position. The Impact announced last month that Cabrera's contract had expired and would not be extended.

Cabrera had replaced the fired Remi Garde in August and was named interim coach. Montreal missed the playoffs for the third year in a row with a 12-17-5 record.

The Impact had been criticized for investing too much money on Garde, a former French international and manager of Premier League side Aston Villa, and his personnel. Gilmore said those criticisms don't apply to Henry.

"Without revealing the terms, I can say it's in line with what is done in the MLS," said the Impact president.

When asked Henry's MLS experience influenced the decision to hire the Frenchman, Gilmore said: "I think that's more of a question for Olivier Renard, but I think that was part of the qualities we were looking for."

The Impact did win the Canadian Championship this year, beating Toronto FC, and will be in the CONCACAF Champions League next year.

This report by The Canadian Press was first published Nov. 14, 2019.