Teachers more worried about COVID-19 than other Quebecers: INSPQ 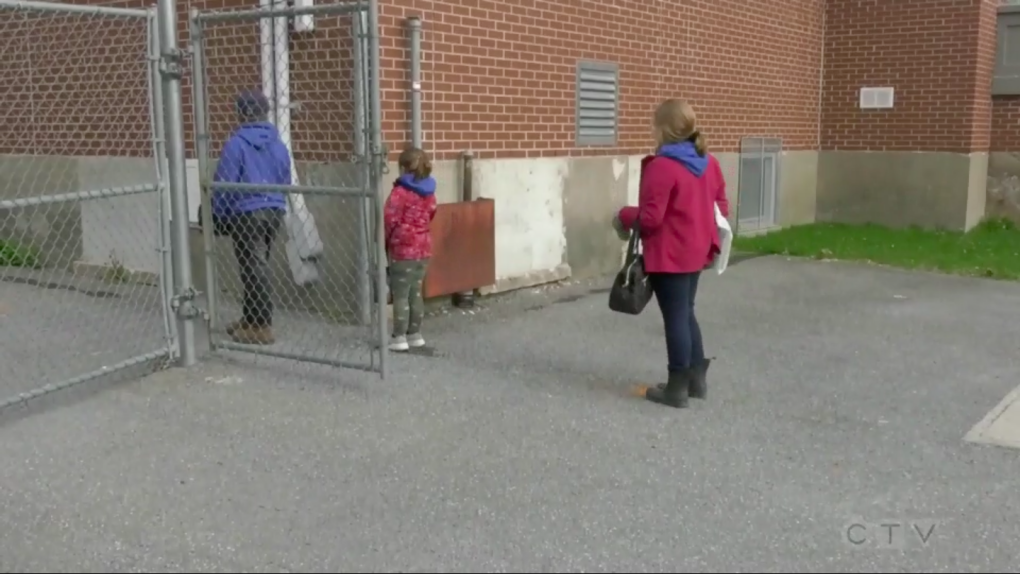 Children line up at a distance from each other before entering their school.

MONTREAL -- Surveys from the end of May show that people who work in elementary schools and daycares are generally more worried about COVID-19 than the rest of the province.

With Quebec’s back-to-school date just three weeks away, the survey's results, published by Quebec’s health institute, illustrate that compared to other Quebecers aged between 18 and 69 – aside from health care workers – the level of psychological distress and anxiety among teachers is concerning.

Seventeen per cent of teachers displayed problematic levels of psychological distress, compared to 13 per cent among other respondents, and 50 per cent reported that their anxiety increased, which is 11 per cent more than people who aren’t teachers.

Among them, 60 per cent said it was hard to establish physical distancing at their workplace, compared to 36 per cent of other respondents aged between 18 and 69.

More elementary school and daycare workers feel that deconfinement in Quebec happened too quickly, and many of them were worried about transmitting COVID-19 to others. Aside from teachers on the island of Montreal, in Joliette and l’Epiphanie, school resumed in Quebec in May, when COVID-19 case numbers were still climbing.

What’s more is 35 per cent of people who work in schools and daycares who consume alcohol reported that their consumption increased in the 15 days leading up to the survey.

The Quebec government announced Monday it would wait until next week to share a focused plan on measures that will be taken to curb COVID-19 when the school year begins – which three opposition parties are denouncing.

Ontario revealed its detailed plan on Thursday, including the mandatory wearing of masks among children in fourth grade and up, as well as an increased budget to hire more staff.

A federation that groups nine unions representing upwards of 49,000 teachers in Quebec says that if the province’s education minister had listened to teachers’ suggestions to manage COVID-19, there would have been less improvisation and rules would have been more clear.

The web surveys carried out by the province’s health institute were taken by 1,000 adults in Quebec. The INSPQ warns that the results must be interpreted with caution given the non-probability sampling.