Survey says: Carey Price is the best goalie in the NHL 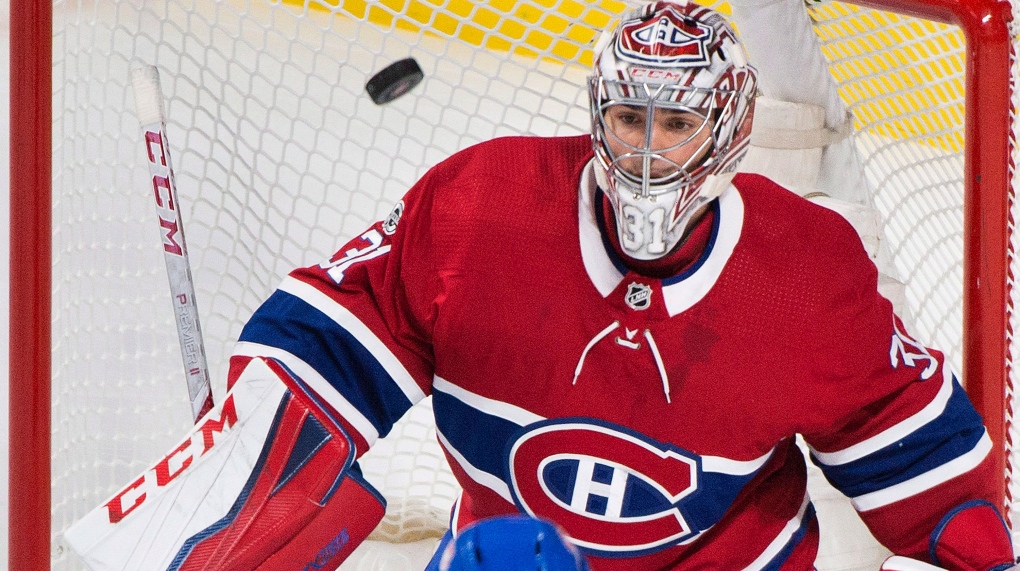 According to a survey from players in the NHL, Carey Price is the best goalie in the league, and the Bell Centre has the best ice.

MONTREAL -- According to those he plays with and against, Carey Price is the best NHL goaltender based on a player survey released on Tuesday.

The Canadiens goalie received 41.55 per cent of the vote and Marc-Andre Fleury of the Golden Knights, 8.93 per cent.

Marie-Philip Poulin was voted the best female player in the world with 39.92.

The Bell Centre ice is the best in the NHL, according to 31.75 per cent of players.

We're proud to have the NHL's best ice, as voted by the players, for a third consecutive year!#NHLPAPlayerPoll | #GoHabsGo pic.twitter.com/4qNZMTYVs3

Over two-thirds of respondents, 68.35 per cent, see Connor McDavid of the Oilers as the best forward in the league. Sidney Crosby of the Penguins is in second place with 14.93 per cent.

Their ranks are however reversed on the question: “Which player would you want on your team if you had to win a single game?”

Almost three-quarters of players (73 per cent) would favour a more relaxed dress code on match days, much like in the NBA.

According to the players, Edmonton has the best locker room for visitors. Rogers Place, inaugurated in 2016, was the choice of 38.01 per cent of players who responded.

This report by The Canadian Press was first published on Mar. 31, 2020.