A simulation on Mount Royal Tuesday was making a case for drones in medical emergencies.

A group from the MUHC, Hema-Quebec and the Jacques-de-Champlain Foundation for resuscitation care conducted a series of tests.

They included whether drones can be used to deliver medical supplies like automatic external defibrillators, or blood for transfusions. 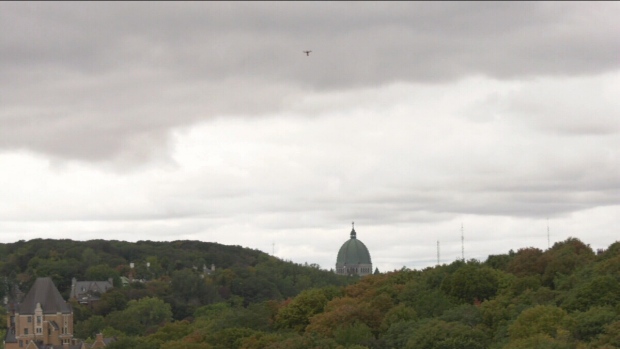 In the case of portable defibrillators, the goal is to reduce the time before a heart attack victim would receive a first dose of electric current, a difference of minutes that can save a life.

The idea is to deploy these drones, for example, in disaster zones or remote areas.

"This could be use in case of disaster, especially where the regular transportation routes for vehicles are unusable, because of a disaster," explained MUHC ER physician Valerie Homier. "If there's too much traffic or there's some reason why we can't use the regular roads." The only location in Canada that currently uses emergency medical drones is Renfrew, Ont. While it's so far unclear if or when drones would be put in place in the Montreal area, Homier couldn't say, but noted that it would take some time.