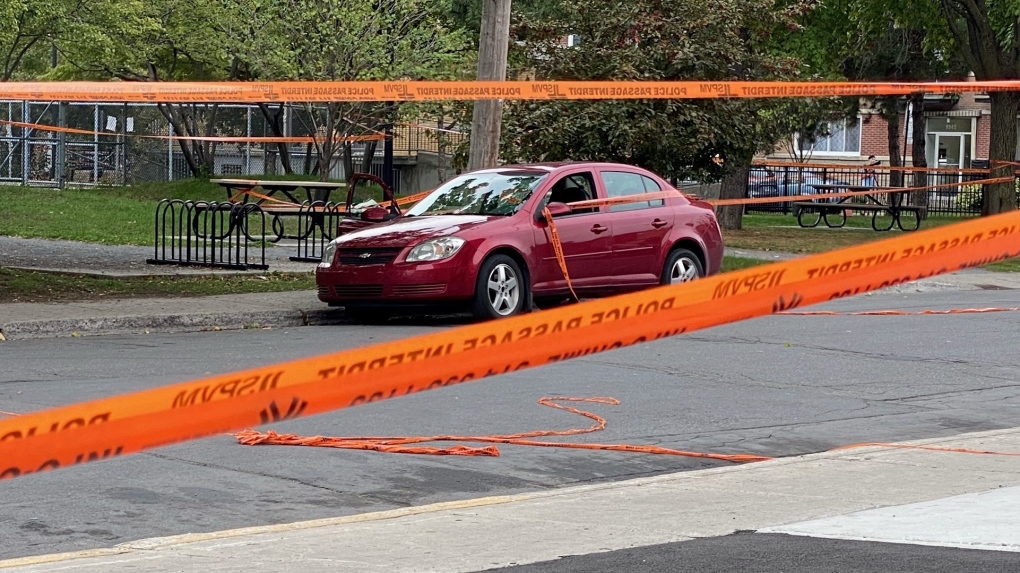 Montreal police responded to a shooting near the corner of 9ieme Ave. and Emile Journault on Wednesday, Sept. 15, 2021. (Cosmo Santamaria/CTV News)

MONTREAL -- A 22-year-old man has been injured in yet another shooting in Montreal.

The incident took place Wednesday afternoon in Saint-Michel, according to police, who received numerous calls at 3:50 p.m. and responded to the corner of 9th Avenue and Emile-Journault Avenue.

The victim was struck in his upper body. He was concious while brought to hospital, and medical authorities say his life is not in danger.

Police found bullet holes in a nearby vehicle and seized a firearm on site.