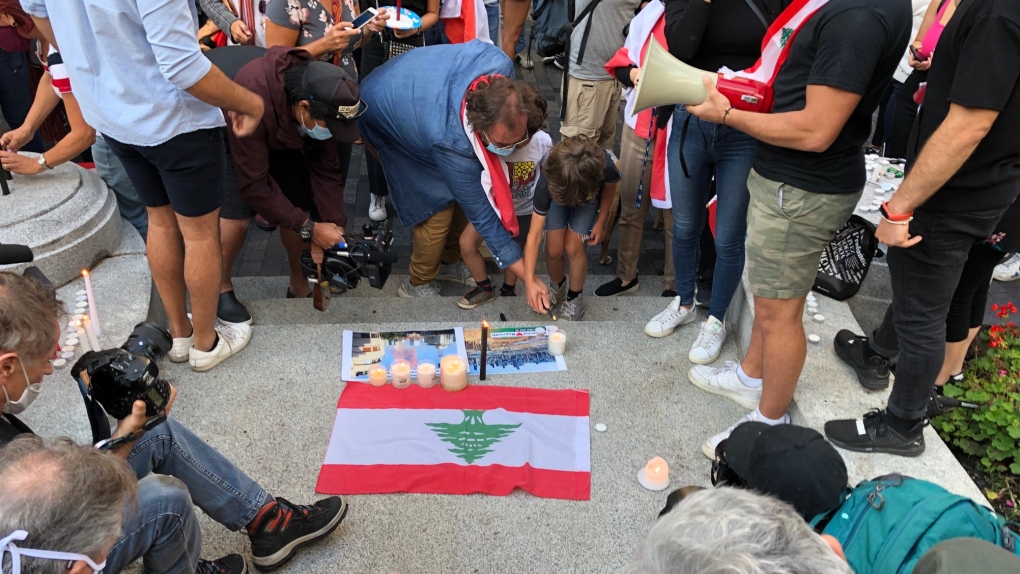 MONTREAL -- Several hundred people attended an emotional vigil for the victims of the Lebanon explosion in downtown Montreal Wednesday evening.

Many expressed frustration not just about the catastrophe but about corruption and neglect in Lebanon.

Huddled together -- though most wore masks -- they read out some the victims' names, seemingly unable to believe how many tragedies have hit their home country in the past three decades.

Through war, attacks by adversaries and many other problems, what many said they see is a lack of basic security, this time at the port in Beirut. One woman said the Lebanese population is at a breaking point.

"How much could the Lebanese people take?" one person asked.

A man said that besides money, Montrealers can also send prayers.

But religion is also a sore point, many people said -- it's at the core of some of the country's problems.