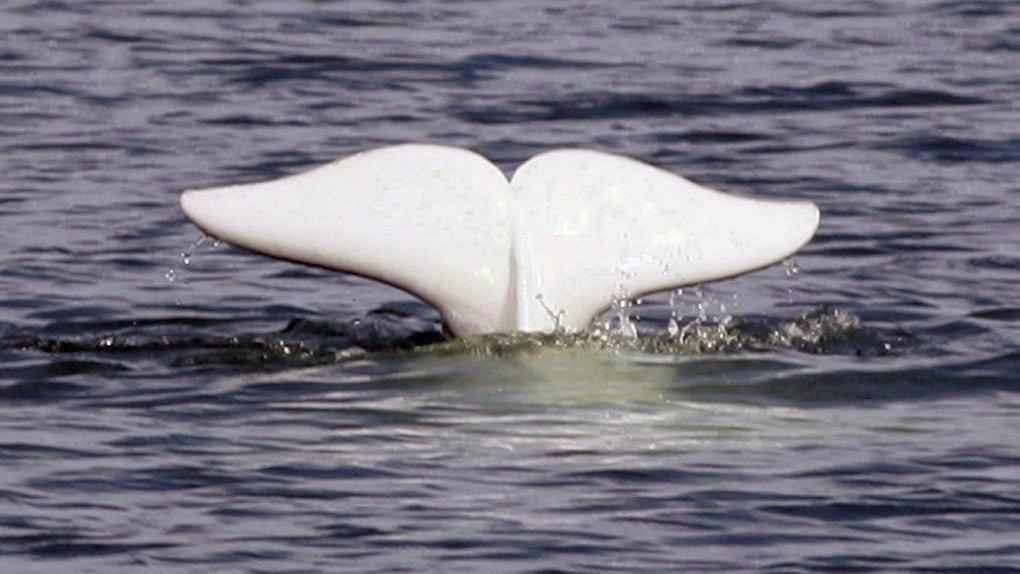 A beluga whale shows its tail in the St.Lawrence River near Tadoussac, Que., Monday, July 24, 2006. (THE CANADIAN PRESS/Jacques Boissinot)

MONTREAL -- In an effort to protect endangered beluga whales, a group of researchers is calling for a moratorium on economic projects that would increase maritime traffic on the Saguenay River.

Thanks to new technology, scientists discovered that belugas frequent the Saguenay more than previously thought.

The noise from freighters can prevent the whales from communicating with each other.

If all the economic projects under study in the Saguenay region come to fruition, including the controversial liquefied natural gas terminal GNL-Quebec, maritime traffic on the Saguenay River would jump from 450 ship passages per year to more than 1,200.

The study is being conducted by researchers from the Université du Québec en Outaouais and the Group for Research and Education on Marine Mammals.

This report by The Canadian Press was first published Sept. 2, 2020.