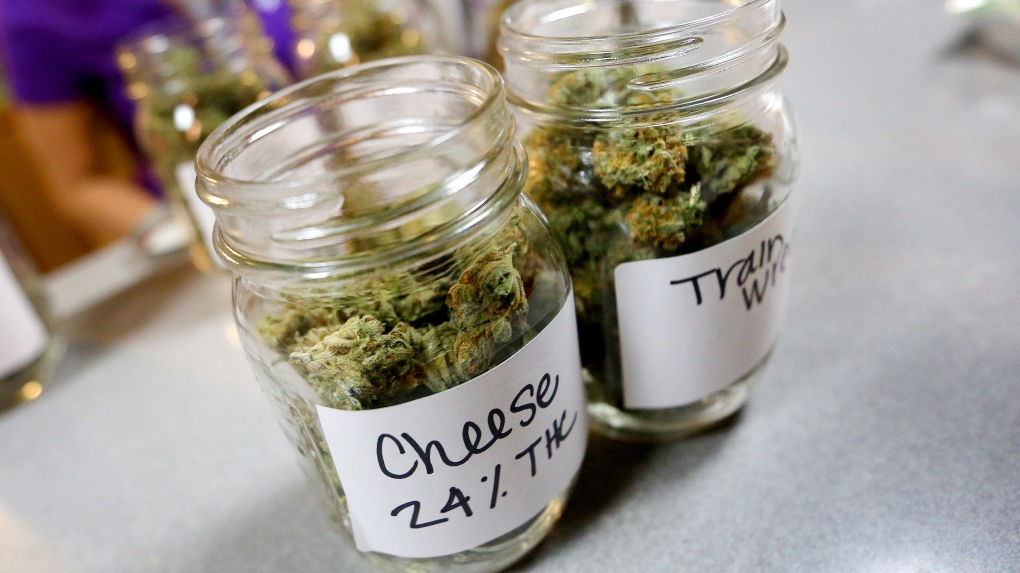 Various strains of marijuana are displayed at CannaMedicine, in Salem, Ore., during the first day of legal recreation sales in the state on Thursday, Oct. 1, 2015. (Brent Drinkut / Statesman-Journal)

The SAQ's employee union believes that the Crown corporation is unnecessarily duplicating its structure to market cannabis.

The union's acting president, Katia Lelièvre, is urging the Société des alcools du Québec to take advantage of the staff and delivery network already in place to set up the future Quebec Cannabis Society (SQC).

Katia Lelièvre emphasizes that the SAQ's staff is trained in so-called responsible sales and knows how to manage difficult customers.

In addition, 70 percent of SEMB-SAQ members work part-time, averaging 10 to 12 hours per week. The union believes that it would be natural to allow these employees to complete their workweek in the new SAQ subsidiary.

The bill that should constitute the SQC did not initially allow hiring of employees to work at both companies.

This provision was withdrawn at the request of the workers, but an employee of the SAQ who also wishes to accumulate hours at the SQC will still have to be hired for a separate position. It will therefore be impossible to work for both the SAQ and its subsidiary specialized in the sale of cannabis.