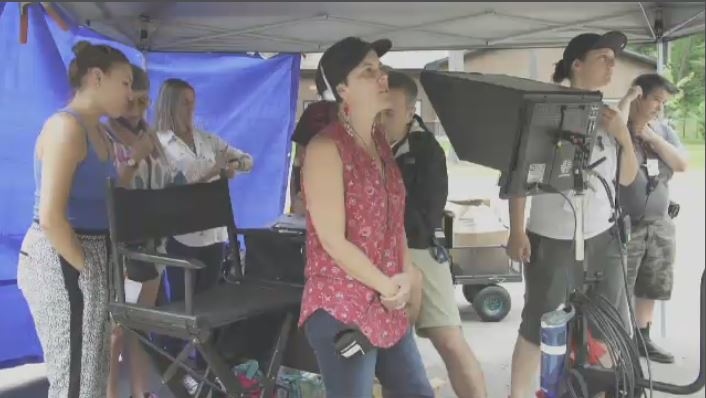 A film about missing and murdered Indigenous women and girls is being made right here in Quebec.

The issue has been getting national attention in the past couple of years, and director Sonia Bonspille Boileau wanted to shed light on the issue in a more human way through her upcoming project “Rustic Oracle.”

It’s a fictional story based on a reality more than a thousand families have experienced in their lives: a missing Indigenous girl, and her family’s quest to find her.

“It has become such a big social issue that we’ve lost touch with the actual people that have lived it,” Bonspille said.

The goal, she says, is to portray a family going through feelings every family – regardless of nationality – can relate to if they have lost a child.

“I want it to be about connecting people through emotion, and that’s how you get messages across, in my opinion,” she explained. “What I’ve experienced with fiction is you actually get to touch people and then they become aware, and then they become more sensitive to the actual issue.”

The film is made up of a mainly Mohawk cast – shot and set in Oka and Kanesatake in the late 1990’s, seven years after the Oka crisis and before law enforcement really recognized the issue of missing and murdered Indigenous women.

“There are so many of these mothers out there experiencing exactly what this character is going through in this movie, and to represent all of them, and their struggle and their frustration and their journey and their grief and their anger and sadness, was important,” explained Carmen Moore, who plays the missing girl’s mother in the film.

In 2016, the Federal government launched a national inquiry into missing and murdered Indigenous women and girls.

Because so many families want to share their stories of lost loved ones, the inquiry was extended until next April.

“The residential trauma that’s been passed down, generation after generation, is why a lot of people feel very lost, and why our people are more susceptible to violence in this way,” Moore added.

“It’s really sad,” she said. “I was reading through the script and I was crying – it’s sad because I have a brother and I just think about if he goes missing how sad I would be, so I just think of that while I’m doing it.”

Even though the film’s subject matter is serious, Bonspille says it’s treated with a lot of love and hope.

“If I can touch just a handful of people with this subject, maybe that will allow them to understand more, want to learn more,” she said.