Roadwork, detours in Montreal this summer expected to be worse than last year

Roadwork, detours in Montreal this summer expected to be worse than last year

If you thought getting around Montreal roads was bad last summer, you're going to need a little bit more patience this summer.

The city and Ministry of Transportation announced a long list of major road work set to roll out this summer. Last year, there were 60 major construction sites. This year, there are 85.

The reason for the increase is a familiar one: as in years past, the city says it inherited the problems from previous governments who did not invest enough money in infrastructure from the 1960s through the 1990s.

"We’re starting to catch up on lack of investment during years and years. So it’s normal we have all the construction work at the same time because [we’re playing catch up," said Philippe Sabourin, a City of Montreal spokesperson. 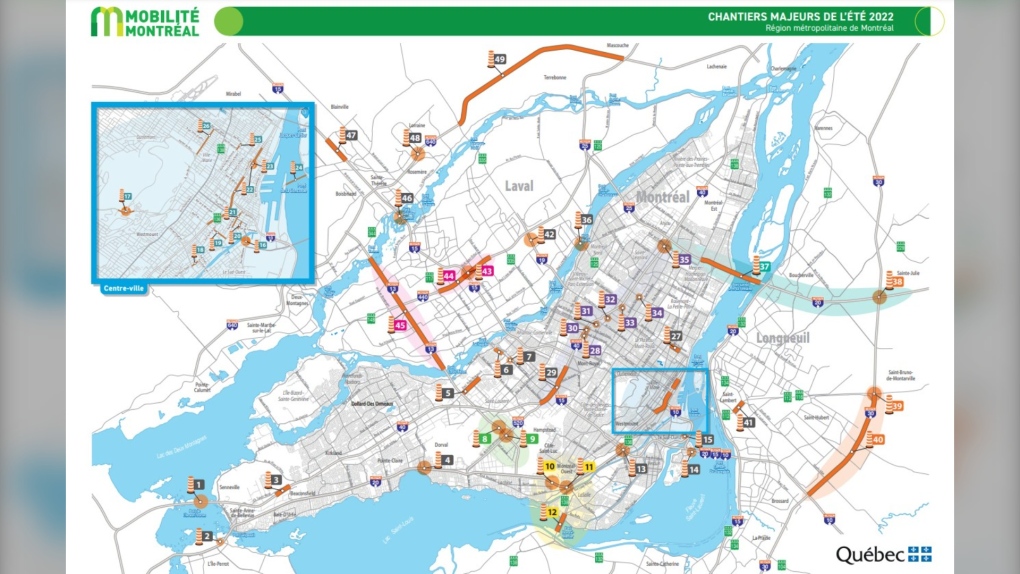 Officials say there are 85 construction projects planned for the summer on Montreal roads. (Source: Mobilite Montreal)

There is a glimmer of hope, though, as the city is promising better communication with boroughs on construction projects.

"The first year of the operation … let's say, it wasn't successful," Sabourin said with a laugh. "But hopefully this year it's going to be better."

This comes after the city's auditor general blasted the administration for poor coordination of its conscrutions projects. The province said it will ensure traffic apps are up to date.

"For the Ministère du transport, I can confirm that we do work with Google and Waze so as soon as we have hindrances that are planned, we do let them know so it is actually seen live by the users," said Sarah Bensadoun, a transport ministry spokesperson.

Either way, commuters can expect delays.

"It's going to be hard. It's gonna be really, really hard," said another driver.

The biggest projects this summer are The Cremazie/Metropolitan strip, the La Fontaine tunnel, and pretty much all of downtown.

So what's the city's advice to get around?

Grab a bike or take the bus.