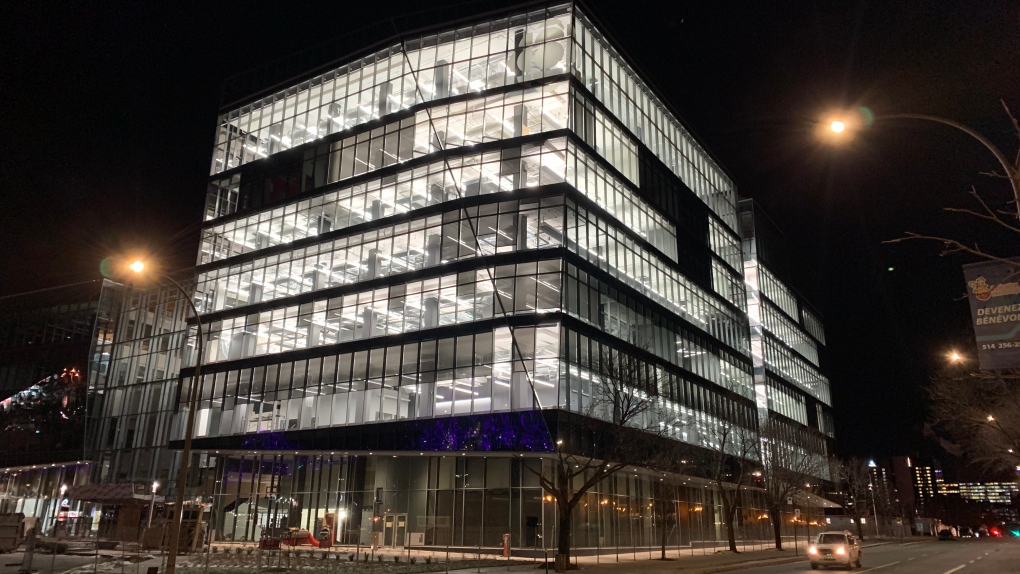 Radio-Canada's union is concerned that cost overruns may affect jobs as the new building is over budget. (Daniel J. Rowe/CTV News Montreal)

MONTREAL -- The new Radio-Canada/CBC building remains under construction on Rene-Levesque Blvd. in Montreal, and it is already $17 million over budget.

The union representing the broadcaster's workers, the Syndicat des communications de Radio-Canada (SCRC) is concerned the escalating bill may cost future jobs at the broadcaster.

"The CBC continues to say that the move will not affect the number of employees and the work organization of our members. It would be unacceptable for them to suffer the consequences of the mismanagement of this project and the cost overruns of the move," said SCRC President Pierre Tousignant.

CBC Senior Vice-President Michel Bissonnette said the project would be cost-neutral for taxpayers and that the bill would be $287 million.

The building is scheduled to be running by 2021, a year later than it was supposed to be.

Since the signing of the last collective agreement, more than 50 positions have been removed.

The SCRC has nearly 3,000 members in Quebec and Moncton, and is affiliated with the Confédération des syndicats nationaux (CSN) and the National Federation of Communications (FNC).