When someone calls 911 to report a crime, a dispatcher has just seconds to react. When all goes to plan, police will be on their way in a matter of moments, ready to respond to an emergency.

However, the responding officer will only have seconds’ worth of information to work with, and sometimes, that caller’s information is affected by racial bias, experts say.

“A good example would be when someone calls regarding a group of young Black men in a park, and the caller adds that they’re ‘probably part of a street gang’,” said Dammya Loiseau, a 911 supervisor at the Montreal police department (SPVM).

“The general caller is not equipped to validate if that person is from a street gang,” she said.

“[But] when we put, verbatim, ‘they are probably part of a street gang’… the police officer’s reaction is not the same, because they are going to be ready for [that sort of situation].”

Loiseau is part of an internal push within the SPVM to change the way dispatchers relay information to officers.

She’s one of a small group of agents behind a new training program that encourages dispatchers to restrict the information they give police to facts only.

That way, she says, officers won’t be influenced by the racial bias of callers.

“We have to be careful to make sure that whatever the caller says is actually a fact,” Loiseau told CTV, adding that the new training encourages dispatchers to ask additional, fact-finding questions to callers, even after the officer has received a first round of information.

For example, “‘do you know them to be part of a street gang?’ ‘Can you give us a description?’ ‘Can you tell us how they are dressed?’”

Loiseau says she believes the training, which began last week, is one of the first of its kind in Canada. She says nearby police departments have expressed interest in creating their own, similar programs.

For the most part, reception to the training has been positive among the SPVM’s dispatcher workforce of 220.

“Some of them did not even realize that the words they chose had an effect on police interventions,” she said. 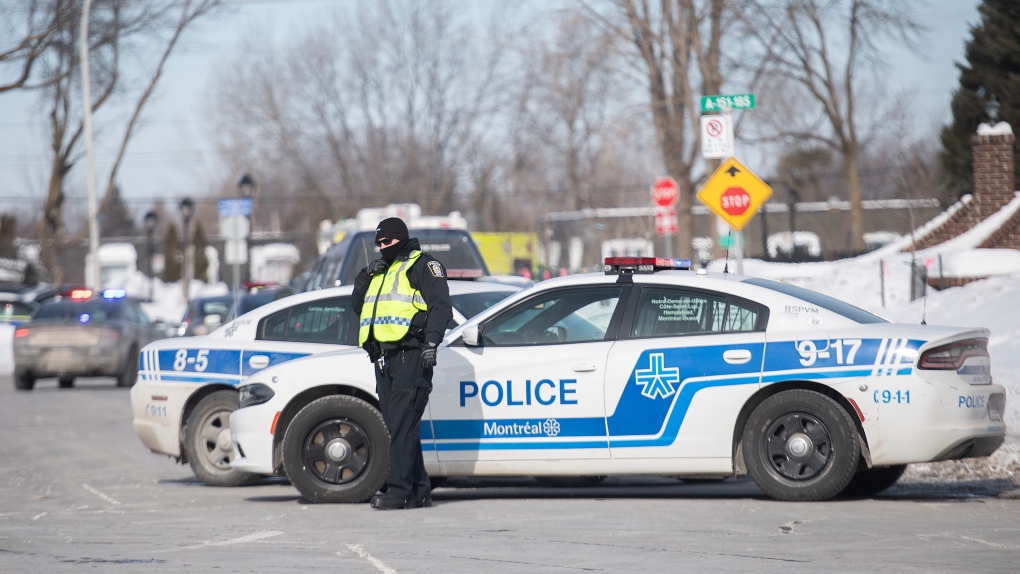 FILE: Police are shown on the scene in the Montreal suburb of Dollard-Des Ormeaux in Montreal, Saturday, February 13, 2021. THE CANADIAN PRESS/Graham Hughes

FACTS ARE A MATTER OF SAFETY: FORMER CHIEF INSPECTOR

Former-SPVM chief inspector Paul Chablo told CTV that, during his time as an officer, he found himself responding to calls with extremely limited information.

Loiseau says there are a few common ways that a 911 caller might misidentify someone, or make an assumption that may not be true.

For example, she said, a caller might identify someone of Asian descent as "Chinese," or a Middle-Eastern person as "Muslim."

Chablo says he supports the initiative, adding that any training to make dispatch more fact-driven is a positive step to ensure the safety of officers and subjects of a 911 report.

A RESPONSE TO DISPROPORTIONATE STOPS

Loiseau says she and others were inspired to add additional training for dispatchers after a 2019 report found Indigenous people were 4.6 times more likely to be stopped for a street check than white people, and that a Black person was 4.2 times as likely to be stopped.

"Street checks" are interactions with police that do not result in an arrest. The study examined officer activity from 2014 to 2017.

“When we saw that report, there was a group of five or six agents who got together to talk to see how we could make a difference,” said Loiseau. “We’re the first link in the chain.”

The federal government is expected to introduce a law as early as Thursday to delay the extension of medically assisted dying eligibility to people whose sole underlying condition is a mental disorder.