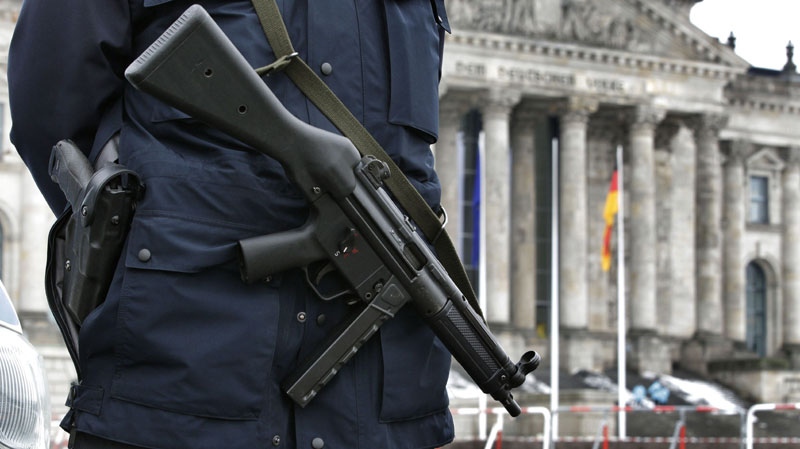 BERLIN - European media reports say a Quebec tourist has been arrested in Berlin after making a Nazi salute in front of Germany's parliament.

Britain's Daily Mail newspaper reports a 30-year-old man from Quebec was standing on the steps of the Reichstag with his right arm raised in Hitler's infamous salute as his girlfriend photographed him.

The newspaper says police arrived within seconds, handcuffed the man and took the memory card of the camera.

The Canadian tourist risks being formally charged with making a forbidden gesture, which could result in him being jailed for up to six months.

But the Telegraph newspaper reports the man was freed after several hours in police custody after paying bail. The report says it is understood he will be let off with a fine and a warning

Displaying any gestures or symbols of the old Nazi regime is considered a serious crime in modern-day Germany.