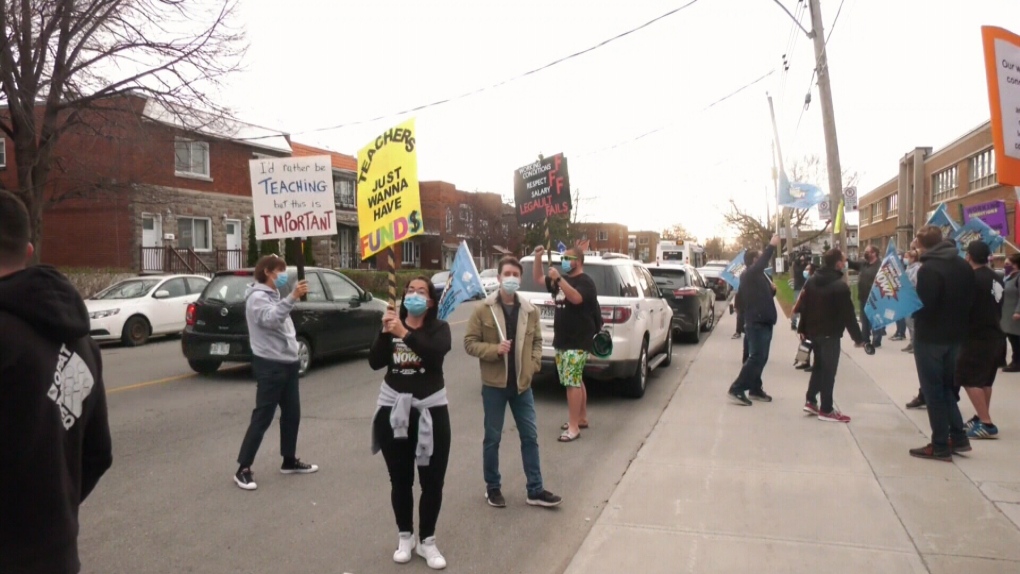 The Federation of Teaching Unions (FSE-CSQ) and the Provincial Association of Teachers of Quebec (APEQ-QPAT) have decided to show their members a proposal they got from the Treasury Council.

It's too soon to call this a deal, they said, but it's a good enough start that the one-day strike is off.

"Under the circumstances, the organizations can't speak of an agreement in principle since, despite interesting gains, some of their priorities have not been achieved," the unions wrote in a press release.

The next step will be to ask the teachers how they feel about it, the unions said, though it wasn't clear if they may be able to submit it for a formal vote at some point soon.

They also said it won't make the proposal public until their members have seen it.

But considering the step taken, "be advised that the FSE-CSQ and QPAT are suspending the day of strike scheduled for April 27, but maintaining the other means of pressure currently in place," they wrote.

Some 73,000 teachers were planning to walk off the job on Tuesday. Another 49,000 who belong to a different grouping of unions is in the process of voting on an agreement in principle reached last week.