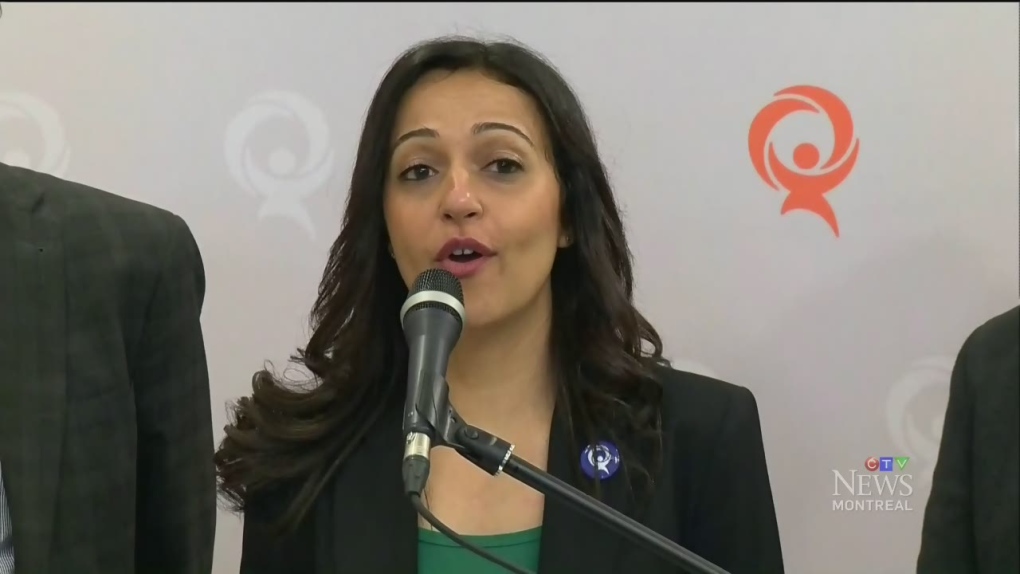 Ruba Ghazal, MNA for Québec Solidaire, says it has been known for years that the French language is declining in the Montreal area, but that governments are not taking the necessary measures to tackle the problem.

MONTREAL -- Quebec Solidaire is calling on the Quebec government to put in place a plan to address the state of French in Montreal, including the creation of a special office of the Office quebecois de la langue française (OQLF) to combat the decline of French in the city.

Ruba Ghazal, MNA for Quebec Solidaire, says it has been known for years that the French language is declining in the Montreal area, but that governments are not taking the necessary measures to tackle the problem.

She criticizes the minister responsible for the French language, Simon Jolin-Barrette, for spending too much time calling on the city of Montreal to act to protect French when, she said, it is his responsibility to ensure that the city has the necessary resources to do so.

The MNA for Mercier proposes the creation of an OQLF office in Montreal dedicated entirely to the promotion of French in the city. Its mandate would be to identify priority sectors where intervention is needed to promote French, to offer expertise in expanding the language and to accompany businesses in their efforts to promote French at work.

Ghazal believes that the OQLF must go beyond the image that many people have of it as a form of language police. In her opinion, punishing is not the solution to promote French; she hopes that entrepreneurs will come to the OQLF for support.

She also asked Minister Jolin-Barrette to make access to the labour market for unilingual Francophone workers a priority, as many Francophone immigrants are unable to find jobs because of their unilingualism.

Ghazal believes that it is abnormal that in Quebec, immigrants are forced to take English courses to get better jobs.