Dozens of Quebec soldiers are heading for Latvia to join in NATO's deterrence and assurance measures as part of Operation Reassurance.

About 80 soldiers from the 5e Régiment d'artillerie légère du Canada (5 RALC) boarded a flight from a Quebec City airport Wednesday evening to join the roughly 1,375 Canadian Armed Forces personnel in the region. Another 40 members are expected to fly out at a later date.

The HMCS Halifax also departed for Europe on Saturday to join the Standing NATO Maritime Group 1 to bolster defences of allied nations, such as Latvia, from potential invasion by Russia.

The deployment is happening as tensions remain high between Russian and the West surrounding Putin's invasion of Ukraine and the ensuing conflict.

The soldiers from the 5 RALC leaving Quebec said they are "extremely proud" to join the mission but they are taking the situation very seriously as the war in Ukraine escalates. 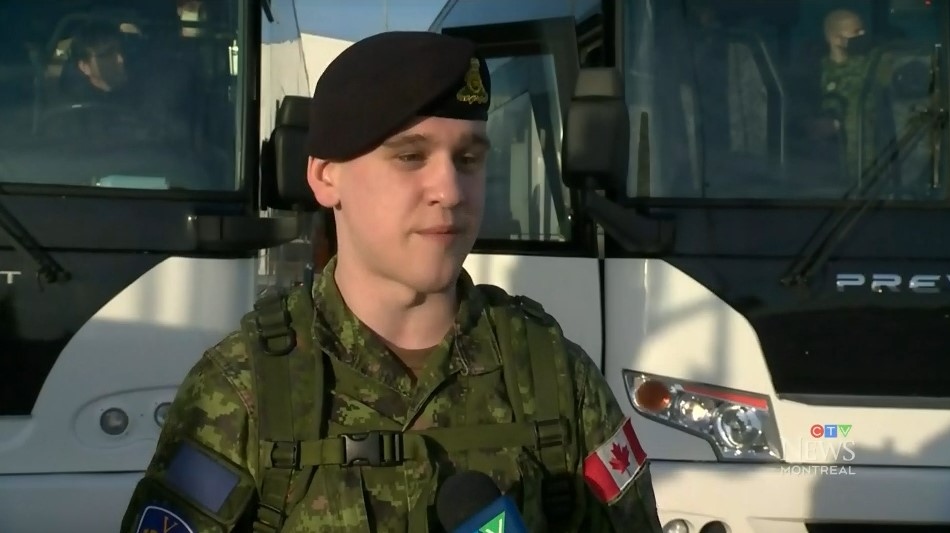 "For me, it's incredible to know that I'm actually doing something to actually make a difference and help out our allies over in Eastern Europe that are much closer to the reality of what's happening than we are here in Canada," Graziano said.

For some, this mission will be their first international deployment.

"Deployed CAF members work collaboratively with NATO nations to bolster deterrence and defensive postures which is the focus of our presence in Latvia," she said. "In this regard, the members deploying will train as part of the enhanced Forward Presence Battle Group throughout their time in Latvia."

Ottawa commits $39.4M to support Indigenous languages in the North

The federal government says it is investing $39.4 million to support Indigenous languages in the territories.