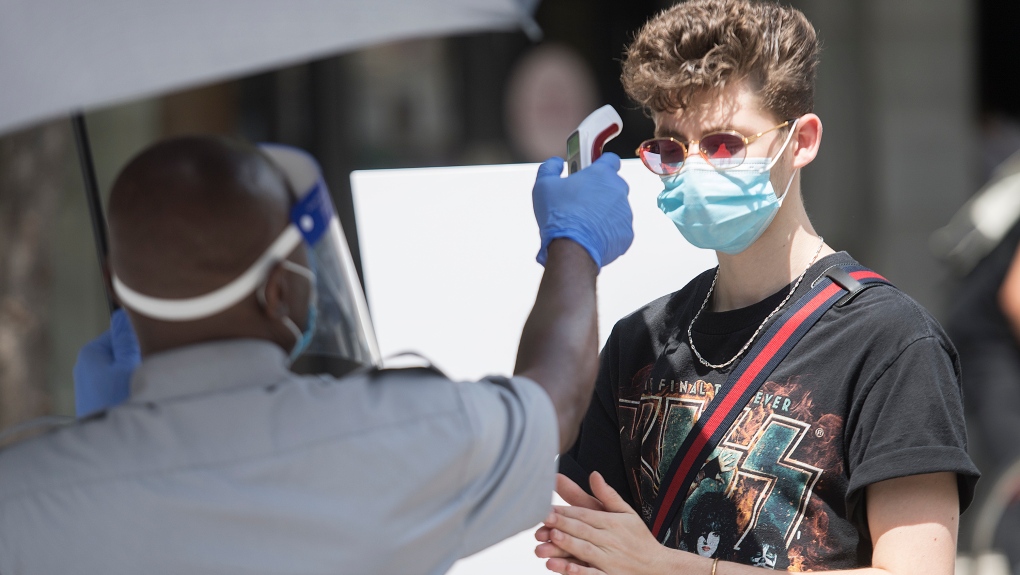 A man has temperature checked before entering a store in Montreal. THE CANADIAN PRESS/Graham Hughes

MONTREAL -- UPDATE: The source data from Quebec public health was transferred to a new system on July 27, and it required a few adjustments for July 28 relating to the number of confirmed cases and deaths. The information made public Wednesday should have reported 112 new cases (instead of 176) for a total of 59,009 and two new deaths (instead of none) for a total of 5,672.

There are 5,670 people who have died of COVID-19 in Quebec, health authorities announced Wednesday, as confirmed cases in the province reached 59,073.

The number of fatalities remains unchanged from the 5,670 deaths reported Tuesday.

There are 190 people being treated for COVID-19 in Quebec hospitals as of Wednesday, down three from the 193 reported Tuesday. Of those in a hospital, nine are in intensive care, up one from the eight reported 24 hours earlier.

Due to a technical issue, Quebec did not report on Wednesday an updated number of people who have recovered from COVID-19; it had reported 50,886 recoveries as of Monday.