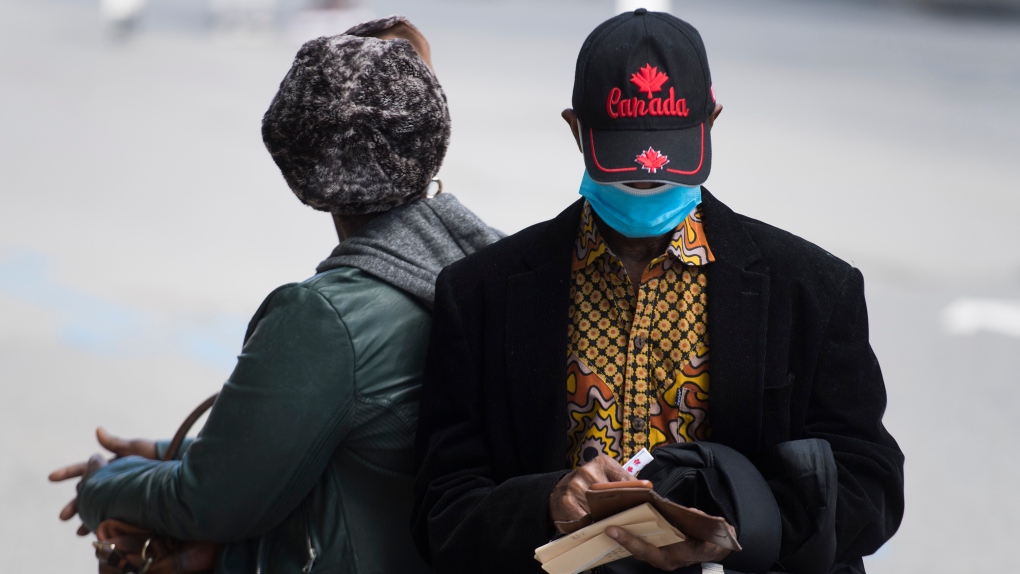 A man wears a face mask as he sits on a street in Montreal, Saturday, Sept. 5, 2020, as the COVID-19 pandemic continues in Canada and around the world. THE CANADIAN PRESS/Graham Hughes

MONTREAL -- For the second day in a row, Quebec health authorities are reporting more than 200 new cases of COVID-19 in the province over a 24-hour period.

The announcement on Monday brings the total number of cases in Quebec since the start of the pandemic to 63,713 -- an increase of 216 from the number reported on Sunday.

No new deaths occurred over the past 24 hours, but health authorities are reporting one that took place before Aug. 30, bringing the provincial total to 5,770.

There are 105 people being treated for COVID-19 in Quebec hospitals as of Monday, up three from the number reported 24 hours earlier. Of those in hospital, 18 are receiving treatment in the intensive care ward, which is the same number as the one reported on Sunday.

As of Monday, 55,960 people were confirmed recovered from the disease.

Quebec reported that it performed analyses on 12,737 COVID-19 tests on Sept. 5, which is 4,742 less than the 17,749 samples it analyzed the day before (Quebec reports its daily testing figures from two days prior).