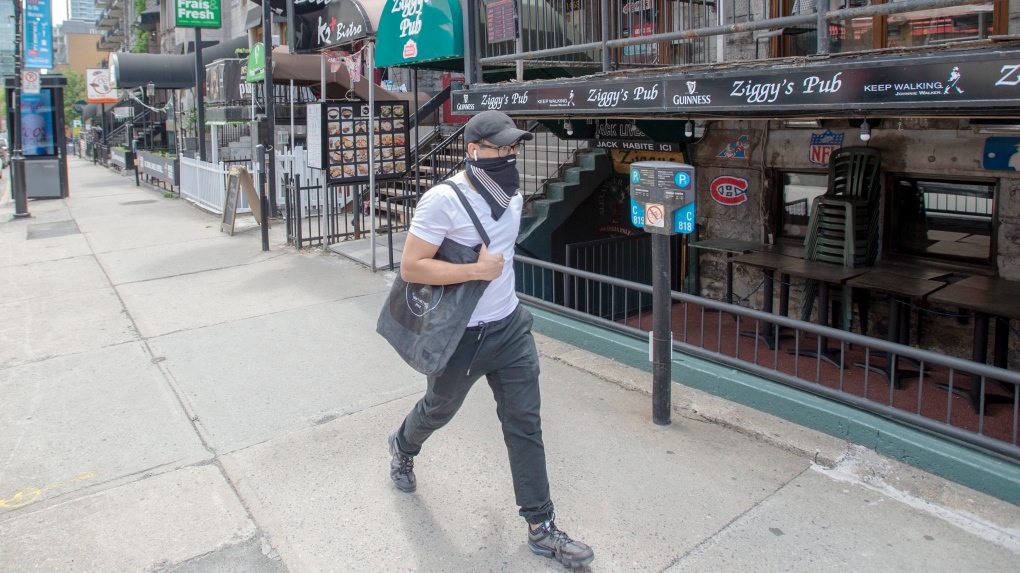 A man walks past closed bars and restaurants on Crescent Street in Montreal. THE CANADIAN PRESS/Ryan Remiorz

MONTREAL -- There are now 5,148 people who have died of COVID-19 in Quebec, health authorities announced Friday, as confirmed cases in the province reached 53,666.

That’s up 43 from the 5,105 deaths reported Thursday; 21 of the newly reported deaths took place in the past 24 hours, while 22 of them occurred prior to June 4, according to health authorities.

COVID-19 cases in Quebec rose 181 from the 53,485 announced a day earlier. This is the fifth straight day that the province has recorded fewer than 200 new cases

There are 840 people being treated for COVID-19 in Quebec hospitals as of Friday, down 31 from the 871 reported Thursday. Of those in a hospital, 107 are in intensive care, down seven from the 114 reported 24 hours earlier.