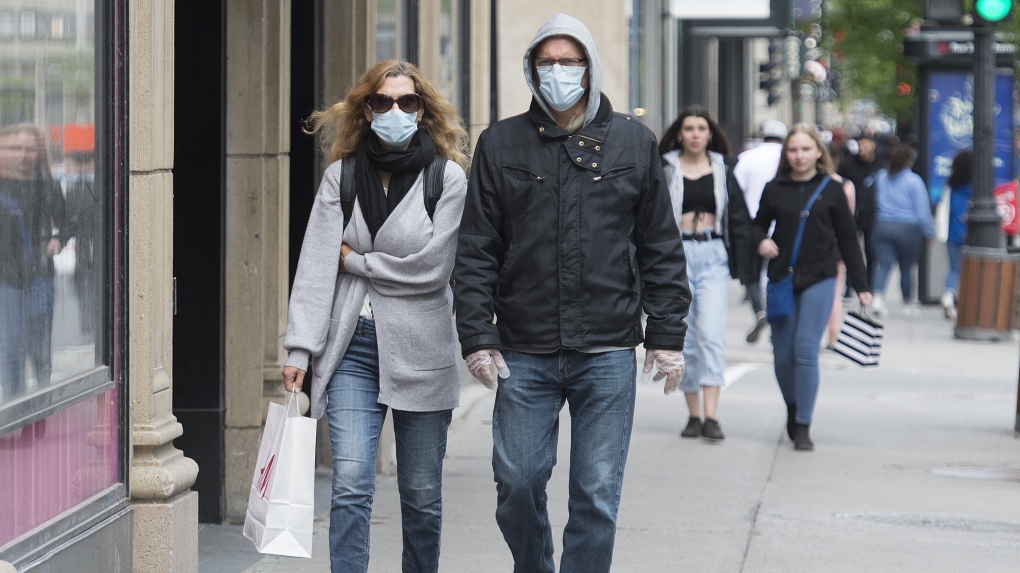 People with face masks and without face masks walk along Sainte-Catherine street in Montreal. (File: THE CANADIAN PRESS/Graham Hughes)

MONTREAL -- There are now 5,269 people who have died of COVID-19 in Quebec, health authorities announced Tuesday, as confirmed cases in the province reached 54,146.

That’s up 27 from the 5,242 deaths reported Monday; of the newly reported deaths, 21 occurred over the past 24 hours, while six took place prior to June 8.

COVID-19 cases in Quebec rose 92 from the 54,054 announced a day earlier, the first time the province has recorded fewer than 100 new cases since March 22, when 38 new cases were diagnosed.

There are 718 people being treated for COVID-19 in Quebec hospitals as of Tuesday, down 53 from the 771 reported Monday. Of those in a hospital, 77 are in intensive care, down five from the 82 reported 24 hours earlier.