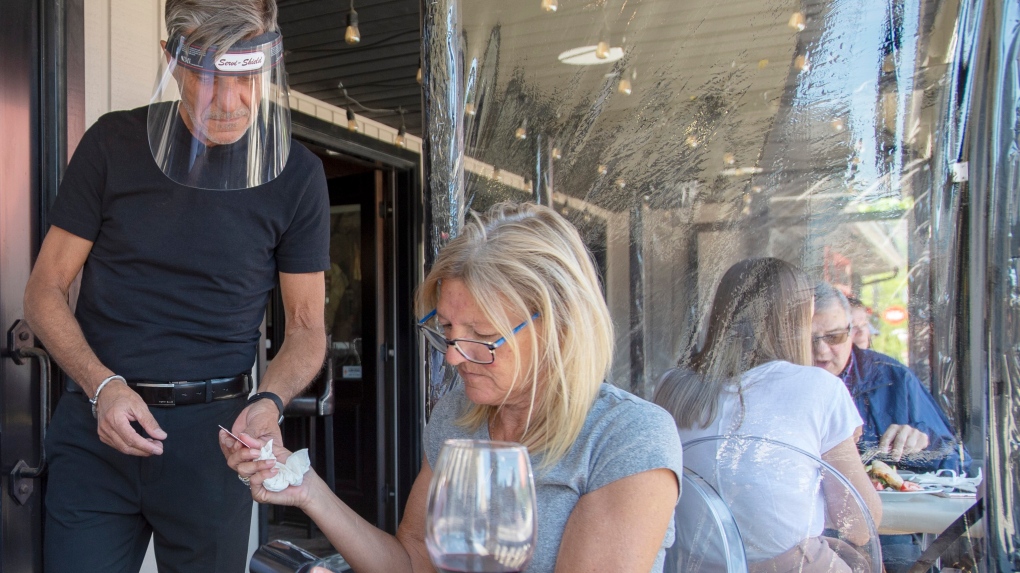 A waiter wearing protective equipment collects the bill on Monday, June 15, 2020 in Saint-Sauveur, Que. as restaurants outside the Greater Montreal re-open amid the COVID-19 pandemic. THE CANADIAN PRESS/Ryan Remiorz

MONTREAL -- There are now 5,340 people who have died of COVID-19 in Quebec, health authorities announced Thursday, as confirmed cases in the province reached 54,383.

That’s up 42 from the 5,298 deaths reported Wednesday; only 11 of those deaths took place over the past 24 hours, while 31 others occurred prior to June 10, health authorities said.

COVID-19 cases in Quebec rose 120 from the 54,263 announced a day earlier, the fifth straight day for which there were fewer than 150 new cases.

There are 637 people being treated for COVID-19 in Quebec hospitals as of Thursday, down 53 from the 690 reported Wedenesday. Of those in a hospital, 65 are in intensive care, down seven from the 72 reported 24 hours earlier.