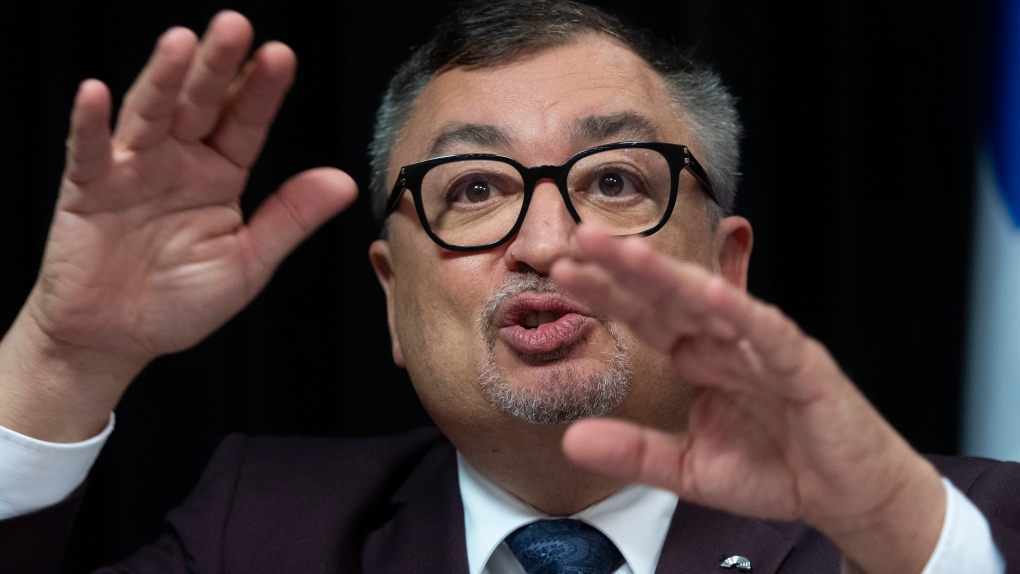 Horacio Arruda, Quebec director of National Public Health responds to reporters during a news conference on the COVID-19 pandemic at the legislature in Quebec City. (FILE: THE CANADIAN PRESS/Jacques Boissinot)

MONTREAL -- There are now 5,298 people who have died of COVID-19 in Quebec, health authorities announced Wednesday, as confirmed cases in the province reached 54,263.

That’s up 29 from the 5,269 deaths reported Tuesday; of the newly reported deaths, nine occurred over the past 24 hours and 20 took place prior to June 9.

There are 690 people being treated for COVID-19 in Quebec hospitals as of Wednesday, down 28 from the 718 reported Tuesday. Of those in a hospital, 72 are in intensive care, down five from the 77 reported 24 hours earlier.