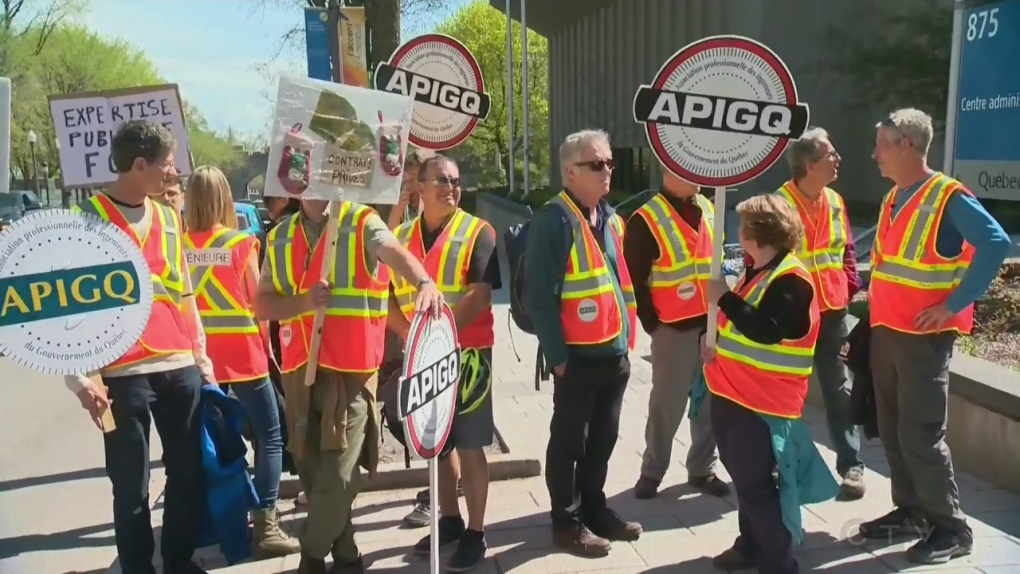 Quebec has finally reached an agreement in principle with the union representing the 1,800 engineers employed by the government.

The two ministers concerned, Sonia LeBel, at the Treasury Board, and François Bonnardel, at Transport, were pleased with this outcome.

The third strike that the APIGQ had begun ended at noon on Tuesday.

Between each strike, the parties resumed discussions without reaching an agreement.

This time, negotiations resumed at the end of last week and continued from noon on Monday until Monday night, and the discussions were fruitful.

"It's a comprehensive agreement, everything that's normative and salary," Martin said.

He did not want to give more details since his members have not been informed of the content of the tentative agreement.

Members will be asked to vote at a virtual meeting on Thursday.

Compensation, in relation to the classification of these engineers, was at the heart of the dispute. Quebec wanted to create a senior engineer classification, but the parties disagreed on how to define it, under what parameters, and who would be eligible for it.

Negotiations have been painstaking.

On June 21, Treasury Board President Sonia LeBel noted that Quebec was making its 10th offer to the engineers' union.

"A good negotiation ends when each party feels it has dropped a big piece," he said.

"A lot of work has been done by both parties in the last few weeks to reach this agreement in principle, and I want to thank them," said LeBel. "I would also like to emphasize the importance of the work of government engineers who allow us to carry out various infrastructure projects for Quebecers."

Bonnardel added that he feels the agreement will be beneficial to the engineers.

"It will allow them to catch up significantly and ensure their competitiveness on the job market," he said. "Engineers play a fundamental role in the economy and the smooth operation of our construction sites and I would like to thank them for their work."

The strike has had a significant impact on civil engineering and road construction sites under the jurisdiction of the Quebec government since government engineers are responsible for monitoring these sites. Delays have been incurred, much to the chagrin of the construction contractors involved.

-- This report by The Canadian Press was first published in French on July 19, 2022.