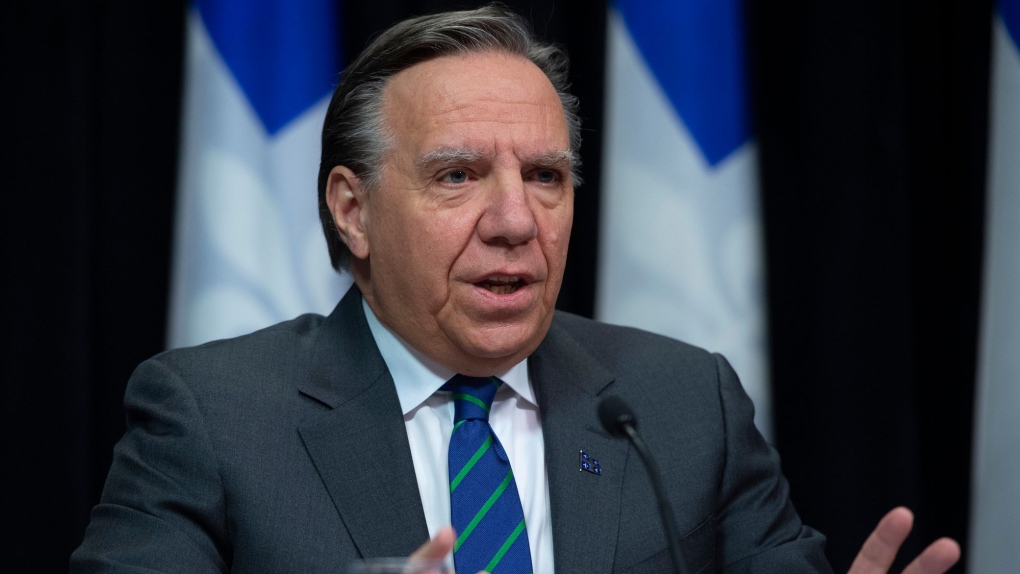 MONTREAL -- The Surete du Quebec (SQ) confirmed that it has opened an investigation after violent threats were made "to an elected member of the National Assembly" on social media.

SQ spokesperson Stephane Tremblay would not confirm that the elected official was Premier Francois Legault, but posts on social media responding to an interview where the premier encouraged people to wear masks to prevent the further spread of COVID-19 drew hateful messages, including some with threats.

One threatened to shoot the premier and director of public health Horacio Arruda while another suggested he increase his security detail.

Legault's press attache Ewan Sauves confirmed that the posts were forwarded to the police.

"We will not make any comments so as not to interfere with the work of the police," he told CTV News.

Tremblay could not give any additional information other than that an investigation is underway.

"The Surete du Quebec is aware of those threats that were made against a member of the Assembly National," said Tremblay. "Those threats are taken seriously."

It is the second time a police investigation has been opened after people posted threats on social media directed at either Arruda or Legault. A 45-year-old man appeared in court at the beginning of August for allegedly threatening Arruda and publishing his home address online.