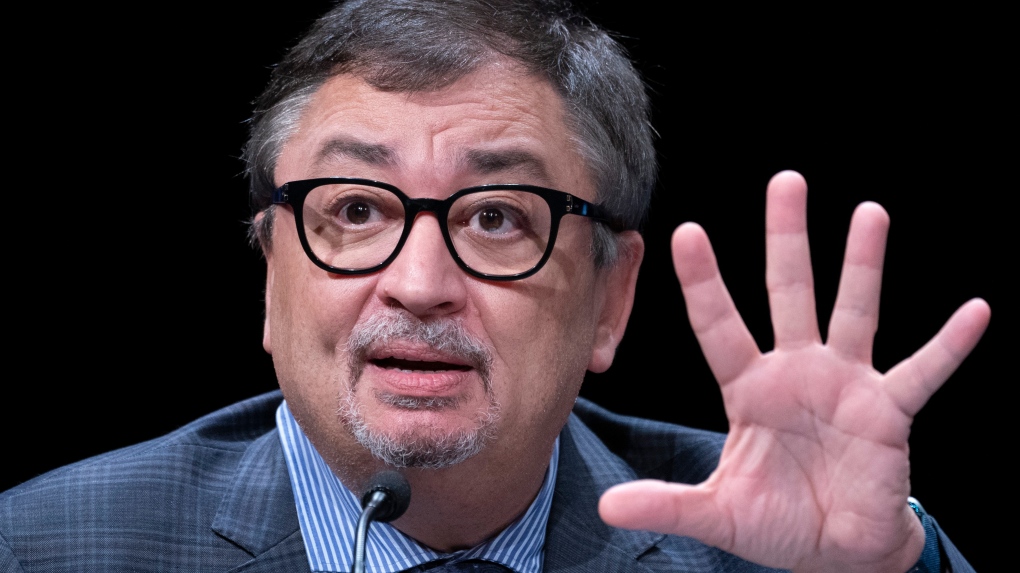 MONTREAL -- Quebec’s chief public health officer has filed a police complaint after his home address was posted to Facebook by what appear to be right-wing conspiracy theorists.

“If anyone feels disposed to go thank our good director of health,” wrote the man who posted it.

“Go offer him a little massage,” one man wrote.

“Until the vaccine comes, we have to be a little more aggressive,” wrote someone else.

Quebec's health ministry "has taken note of the post published on social media," the department wrote in a statement.

“We condemn this kind of post, no matter who it’s about. Dr. Arruda handed the information over to the Sûreté du Québec, which will conduct its investigation. We have no further comments at this time.” 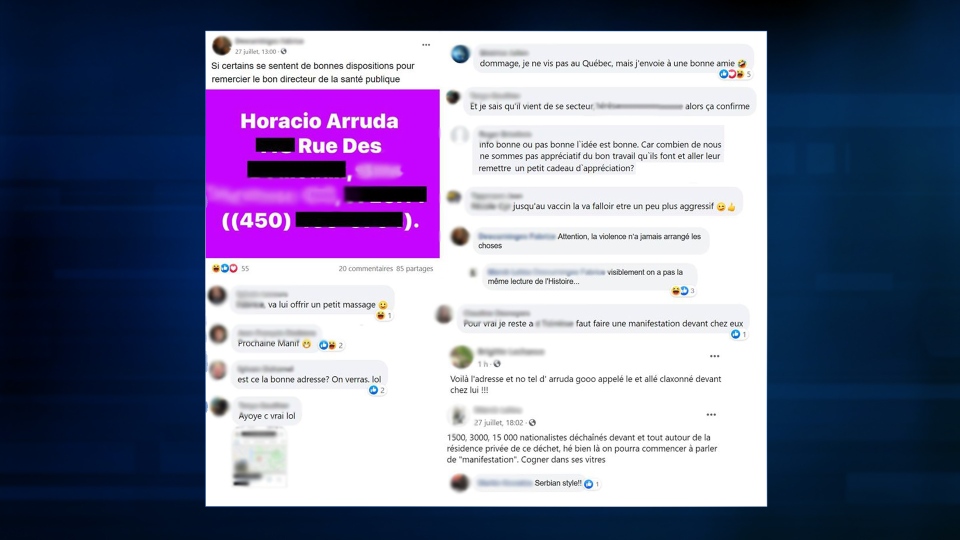 That blogger, Xavier Camus, described the man who posted Arruda’s address as a “fairly important player” in Quebec’s far-right blogosphere, with more than 1,700 subscribers.

“To put it in context,” Camus wrote, “conspirators believe Arruda is in the service of the WHO to impose a dictatorship on Quebec.”

People in conspiracy theory circles have called him the “Doctor of Death,” Camus wrote, and T-shirts have been made that show Arruda dressed as a Nazi.

One person who commented under Arruda's home address described the group as "nationalists."

"Unleash 15,000 nationalists in front of and all around the house," the man wrote.