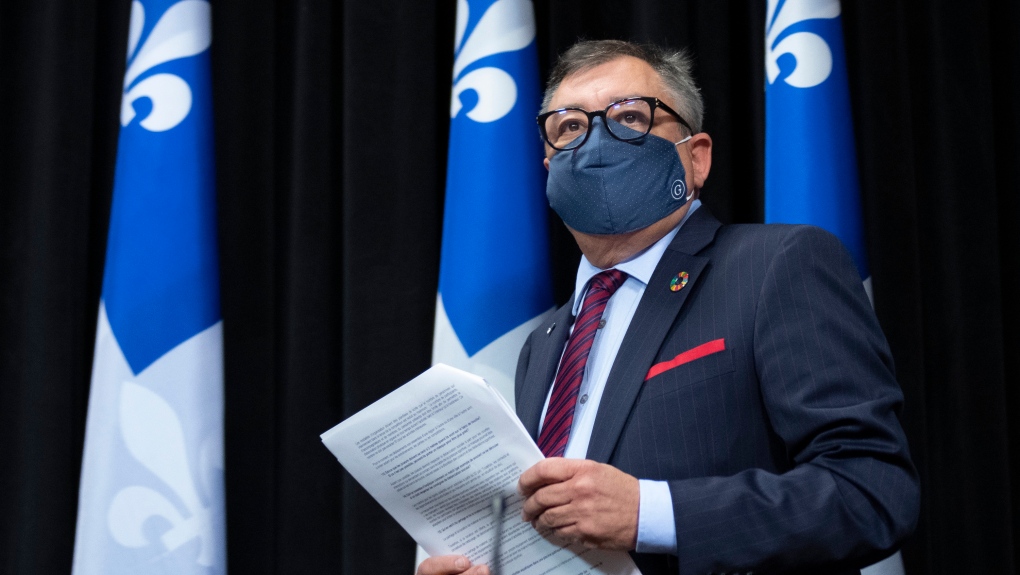 Horacio Arruda, Quebec director of National Public Health arrives at a news conference on the COVID-19 pandemic, Wednesday, June 17, 2020 at the legislature in Quebec City. THE CANADIAN PRESS/Jacques Boissinot

MONTREAL -- A 45-year-old man is scheduled to appear in court by telephone on Friday for threats against Quebec director of public health, Dr. Horacio Arruda.

The individual in question was arrested Thursday in Drummondville, under circumstances which have not been specified.

He could face charges of intimidation, harassment and threats.

Last week, Arruda lodged a complaint with the Surete du Quebec (SQ) after personal information, including his home address, was released on social media.

The SQ did not confirm that a complaint was filed.

Since the start of the pandemic, some internet users have lobbed insults at the director of public health on social media when they disagree with the safety measures implemented by the government to limit the spread of COVID-19.

As for the man arrested Thursday in Drummondville, his identity and the charges against him will be public once he has appeared in court.