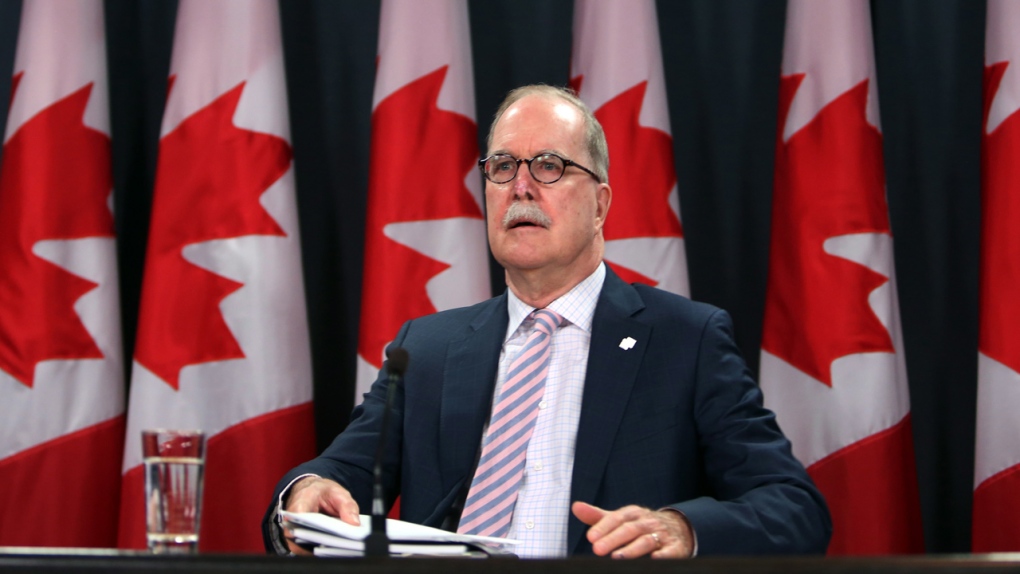 Official Languages commissioner Graham Fraser speaks at a news conference in Ottawa Thursday May 7, 2015 in Ottawa following the release of his 2014-15 annual report.THE CANADIAN PRESS/Fred Chartrand

His new report concludes that “too many Anglophones leave Quebec every year" and that results in a weakening of “Quebec as a whole.”

“We want people that either have pre-existing familiarity with French or a strong desire to learn the common language and irrespective of the language of origin of where they come from, that's a given in Quebec and a part of our immigration policy. I want people from all over the world from all origins [to come here] but people coming to Quebec also know that it's a distinct society,” he said.

The official languages commissioner recommends that the provincial and federal governments need to come up with clear measures to promote the vitality of Quebec’s English-speaking community.