Quebec men are most opposed to the idea of a COVID-19 curfew in Canada: survey 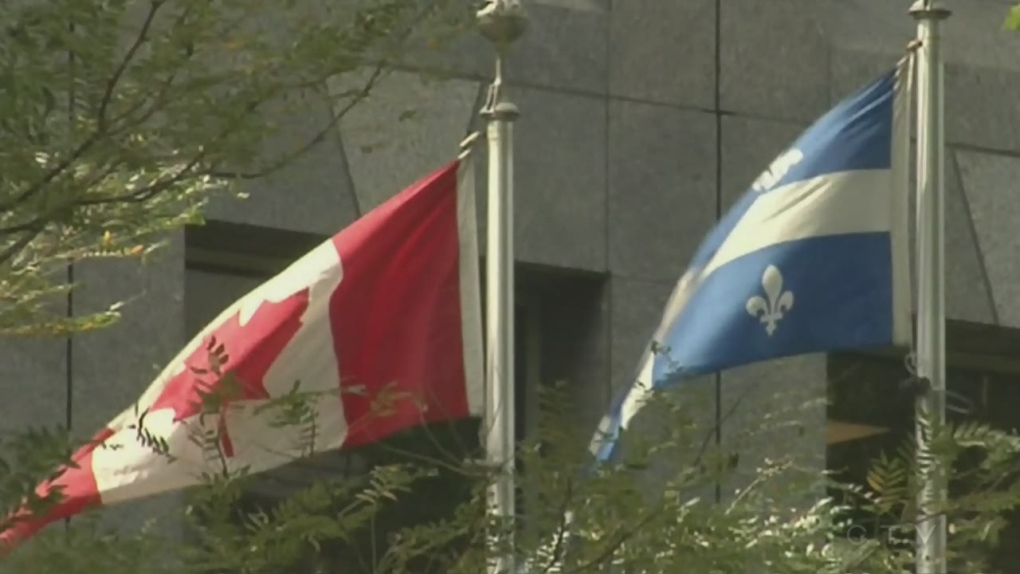 MONTREAL -- A new survey shows Quebec men are most opposed to the idea of a COVID-19 curfew in all of Canada.

Curfews were put in place in some countries amid the pandemic in an effort to limit the spread of the disease -- and the idea has been discussed across certain Canadian provinces.

Quebec men are the most opposed among the survey's respondents, at 36 per cent, followed by Ontario at 31.3 per cent and Alberta at 29.1.

The opposition is particularly noticeable among Quebec men aged between 18 and 34 -- 47.8 per cent of which are opposed, followed by 45.7 per cent in Ontario and 41.7 per cent in the Maritimes.  Least opposed are men in the prairies at 20 per cent.

"We've seen broadly in the previous surveys around issues of anxiety that disproportionately, young Quebec males were less fearful of getting COVID," said Jack Jedwab, the president for the Association of Canadian studies, who carried out the survey. "And presumably, they're also a bit more unhappy about making some of the sacrifices that need to be made in the fight against COVID because of their lower level of anxiety about it."

Wednesday's survey does show a link between the fear of the disease and support of a potential curfew. Just over 62 per cent of Canadians who oppose the idea say they are not afraid of COVID-19 at all.

"The less you fear getting COVID, the more you question whether you need to make some of these sacrifices, even though by and large, when I ask about public safety measures, people across the board say they're following public safety measures," Jedwab said. "But it becomes an issue of whether they're doing it grudgingly or not."

Quebec women are also most opposed to the idea among Canadian women -- though they don't oppose as strongly as Quebec men.

"I think females are showing more empathy," Jedwab said. "Women seem to, I think -- I want say this extremely cautiously -- but there seems to be some more empathy and I think we've seen that across various indicators when it comes to the spread of the contagion."

The same trend can be observed within the 18-34 age group for Quebec women as for Quebec men -- 37 per cent oppose the idea, followed by 34.6 per cent of women in Ontario and 33.3 per cent in both the Maritimes as well as in Alberta. Least opposed are women in the Prairies, at 6.7 per cent.

"My sense is still that in particular, amongst that (young) cohort, there's a sense that they're not going to get COVID," Jedwab said. "It's happening to someone else, or somewhere else -- some of that's been fuelled by messaging, by early messaging in particular."

Early messaging in Quebec, Jedwab said, focused on how COVID-19 ravaged long-term care homes. Older demographics bore the brunt of the first wave of the disease in the province.

"I think some of the takeaway from that was that it's not happening to us if we're in those (young) cohorts," he said. "That's changed -- the demographics around who gets COVID have shifted considerably, we're increasingly seeing people in that cohort -- that is to say under 30 -- getting it."

People in Ottawa and Montreal are most opposed to a curfew compared to other large Canadian cities -- at 31.4 per cent and 30 per cent, respectively. Least opposed is Vancouver, at 11.8 per cent.

Jedwab said the distinction between Ottawa and Montreal could be attributed to opposing views towards COVID-19 among English and French-speaking Quebecers.

"There's a big gap between francophones and non-francophones in Montreal, as we've seen in a variety of other indicators," he said. "Non-francophones seem, again, more anxious about the contagion."