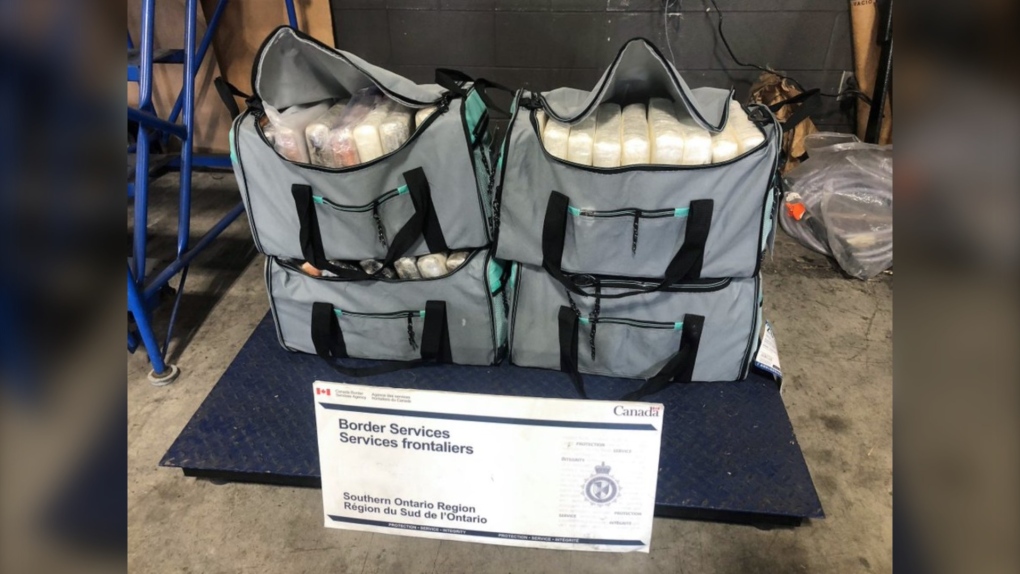 The RCMP have charged a man from LaSalle, Que. for allegedly importing approximately 248 pounds of cocaine into Canada at Fort Erie, Ont. on June 15, 2021. (Source: Canada Border Services Agency of Canada)
Montreal -

A Quebec man is facing charges after 112.5 kg of cocaine was found in a commercial truck entering Canada at the border at the Peace Bridge in Fort Erie, Ont. last month.

The cocaine, worth an estimated $14 million, was discovered in five duffle bags on June 15 by the Canada Border Services Agency (CBSA).

The driver of the vehicle, 24-year-old Pardeep Singh of LaSalle, Que., was transferred to the custody of RCMP officers from the Niagara-on-the-Lake unit. He has since been charged by the RCMP with importation of a controlled substance.

Singh will appear at the St. Catherines Courthouse in Ontario on July 9.

“This large drug seizure and the investigation that ensued resulting in an individual being charged, is another example of the RCMP and the CBSA working together to protect our communities by preventing illegal drugs from reaching our streets,” said Supt. Shawn Boudreau with the RCMP Border Integrity Program, in a news release on Thursday.