Quebec literary legend Marie-Claire Blais, author of 'A Season in the Life of Emmanuel,' has died at 82

Quebec literary legend Marie-Claire Blais, author of 'A Season in the Life of Emmanuel,' has died at 82 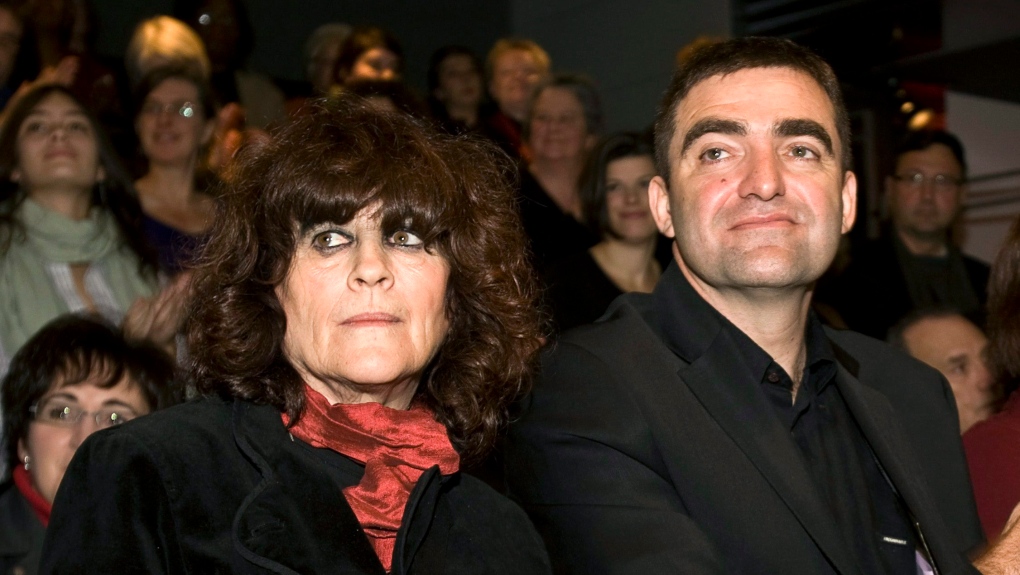 The novelist, playwright and poet Marie-Claire Blais has passed away. She was 82 years old.

Goodwin artists' agency, which represented her, announced the news on social media.

"It is with deep sadness that we learned of the passing of Marie-Claire Blais today, November 30, in Key West, where she had made her home for many years," said the announcement.

"Our hearts are with the members of her family and her many friends, colleagues and admirers, here and abroad."

Born in October 1939 in Quebec, Blais published her first novel, La Belle Bête, at the age of 20.

Noticed immediately, she received a grant from the Guggenheim Foundation at the recommendation of the famous American critic Edmund Wilson.

Her best-known novel, A Season in the Life of Emmanuel, which won the Medici and France-Quebec awards in 1966, was written in the United States with Wilson's help. The novel was published in France, by Grasset editions, in 1965.

Set at a time when Quebec is still plunged into darkness, the novel revolves around Emmanuel, the last-born of a large family, raised by a grandmother who is omnipresent in the paternal home.

Around him, his brothers and sisters and parents evolve, characters who refuse to live in misery despite poverty and disease.

This novel, translated into 10 languages, is one of the most widely read Quebecois pieces of writing in the world.

More than 2,000 books, theses, articles, reviews and interviews have been written on A Season in the Life of Emmanuel; the multiple interpretations of it in literary criticism are a tribute to the novel's complexity.

During an interview with Radio-Canada in November 1966, when receiving her Medici Prize, the writer declared that this award would not change the course of her work, but that "it was very important for the heart."

"A season in the life of Emmanuel, one of the first novels I read," Premier François Legault wrote on Twitter Tuesday evening in a message in which he offered "his condolences to all those close to this great author."

From a modest family, Marie-Claire Blais had to interrupt her studies to earn a living. However, while working, she took evening classes at Laval University.

It was there that she met two people who would influence her future: Jeanne Lapointe, literary critic and mentor to several Quebec writers, and Father Georges-Henri Lévesque, from the School of Social Sciences at Laval University.

Thanks to their support, the young writer published La Belle Bête in 1959, which, while hailed by critics, was also criticized for its amoral aspect.

With violence and a raw language that was completely new in that era in Quebec, the plot of this novel leaves indelible marks in many readers' imaginations. The story of the twisted relationship between an ugly young woman and her young brother, who is simple-minded but exceptionally beautiful, serves as a springboard for a panoply of emotions.

Critics even spoke of unbelievable savagery, hence readers' astonishment, given the author's young age. The novel was immediately published in France in 1960 and translated into English (under the title "Mad Shadows"), as well as Spanish and Italian.

In addition to 20 novels published in France and Quebec, all translated into English, Blais also wrote six plays and collections of poetry.

Her trilogy, "Soifs," was published by Editions du Boréal in Quebec, Editions du Seuil in Paris and in English under the title "These festive nights" by Anansi. The three novels composing it earned critical praise.

Some of Blais's novels have been adapted for film and television, including "Une saison dans la vie d'Emmanuel," directed by Claude Weisz in 1968 (Prix de la Quinzaine des jeunes Réalisateurs).

In addition to the prestigious Medici, she accumulated many honours, including the Belgium-Canada Prize in 1976 for her body of work, the Athanase-David Prize in 1982, the Prince of Monaco Prize in 2002, the Gilles-Corbeil Prize from the Émile-Nelligan Foundation in 2005 for a body of work.

She also won the Matt Cohen Prize from the Writer's Trust of Canada in 2007, awarded for the first time to a French-speaking writer.

She also received a number of scholarships which helped her to devote herself to her writing.

Known to be shy of attention, she divided her time between Key West, Florida, the town of Melbourne in the Eastern Townships, and Montreal.

While she generally shied away from the spotlight, she was very generous in interviews as well as with her fellow writers. She has participated in numerous juries, including that of the Robert-Cliche Prize for a first work.

For several years, she was the companion of the American painter Mary Meigs, who died in 2002.

A Quebecer at heart, Marie-Claire Blais remained a nomad and a devoted advocate for the Francophonie.

This report by The Canadian Press was first published in French on Nov. 30, 2021.