Quebec housing market continues barrelling through pandemic – but where to? 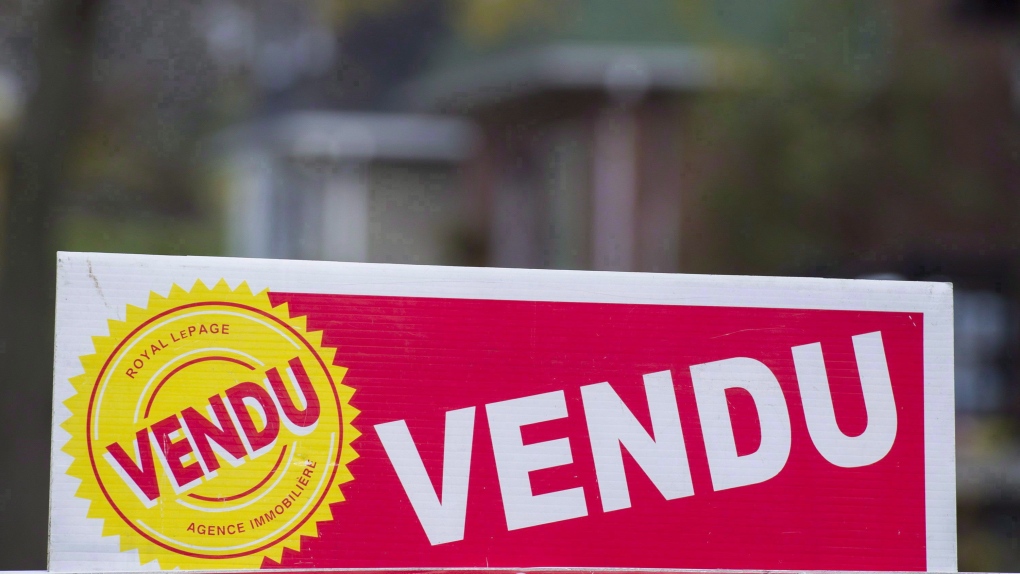 A real estate sold sign is shown on the west island of Montreal, Saturday, November 4, 2017. THE CANADIAN PRESS/Graham Hughes

MONTREAL -- The real estate market in Quebec continues to power through the COVID-19 pandemic as sales in all property categories continue to increase, the Quebec Professional Association of Real Estate Brokers (QPAREB) said in a news release Thursday.

Maintaining the record-setting pace from September and July, November saw a 32 per cent increase in residential sales in the Montreal metropolitan area, which covers the island and surrounding regions.

Unlike the end of summer, however, the staggering growth of some market areas seems to have settled down. While August saw a 50 per cent increase in sales over last summer, in November that number fell to a 31 per cent increase over the same month last year.

It’s an unexpected outcome, although it does make sense, said Francis Cortellino, chief market analyst with the Canada Mortgage and Housing Corporation (CMHC).

Before the pandemic started, CMHC had made predictions about the coming months using January and February statistics as a base. While the pandemic seems to have slowed the market at first, Cortellino said that summer saw a certain “catch-up” as buyers finalized transactions they had planned before the crisis.

“We were expecting probably more negative impact on the market than that when it started,” Cortellino remarked. “Now we’re back [in sales] where we were just before at the end of February.”

Condominium sales experienced a similar reduction, showing a 31 per cent increase in sales over the previous year, while sales for plexes of two to five units remained almost the same at 34 per cent.

NOT ENOUGH HOMES TO GO AROUND

This continuous increase has not been reflected in sales listings, however, and though the market has prospered through the pandemic, a lack of homes for sale could lead to a decline in sales in 2021. It’s already happening in Ste-Hyacinthe where there was not much stock last year, according to QPAREB director of market analysis Charles Brant.

“This will slow down activity in certain markets,” explained Brant, “and probably in the periphery of Montreal because we are reaching extremely low availability for homes. Only about three months’ worth on average.”

For the first time since February, when single-family home listings were up by just three per cent, monthly sales listings have gone up compared to November 2019.

According to the report, there were 14 per cent more condo listings and seven per cent more two-to-five-unit plexes on the Montreal market. There were fewer single-family homes, though, as listings dropped by 28 per cent from last November.

It’s unsurprising that family homes have been the most popular kind of home during the COVID-19 crisis, and that has a significant impact on whether people chose to live in the city or on the outskirts this year, said Brant.

“Of course, this type of property is very scarce on the island of Montreal,” said Brant. “It is very unavailable at interesting prices for buyers. Because of this, they tend to go looking outside the island.”

Having an extra room to use as a home office or a backyard to relax in has become a very attractive option during the pandemic, Brant points out, even though family homes have become more expensive.

Median prices for property reached a high in November, increasing by a total of 11 per cent for plexes, 14 for condominiums and 17 for single-family homes over the course of this year. This represents the largest increase in price for any property type except plexes since February.

In Montreal, however, this makes holding onto property more difficult.

“It’s important to remember that, with the gradual stop of mortgage payment delays, more and more people in households are forced to put their property up for sale,” added Brant. “These are the financially weakest households, who had bought property a few years ago.”

Over the past five years, housing prices have sprinted up market graphs, as the median price in the metropolitan region increased by 71 per cent for plexes and 62 per cent for single-family homes. Condos were the least affected by this increase, yet have still seen a 40 per cent increase in median price.

By comparison, the median hourly wage in Quebec for people 15 years and older increased by 15.4 per cent between 2014 and 2019, according to Statistics Canada.

“That being said, there is another very important segment of the market,” Brant noted. “Experienced buyers who took advantage of the COVID crisis because they increase their savings rates, and available revenue increased enough to inspire confidence so that they could sell their existing property and buy others with a net capital gain in their pocket.”

Following the trend of the past five years, Quebecers are focusing less on the Montreal real estate market and more on the regions of Quebec City, Sherbrooke and Saguenay. In the third quarter of 2020, the Sherbrooke metropolitan region saw the most growth with a 67 per cent increase in sales. Other metro regions followed close behind with Quebec City at 58 per cent and Saguenay at 52.

These trends away from Montreal have been happening for many years now, which Brant described as “Quebec City’s revenge,” and the pandemic only pushed the market further in that direction.

HEADING INTO NEXT YEAR

These factors have combined to continue tilting the market towards sellers. In their most recent analysis, the QPAREB writes that this year’s overall decline in sales listings, combined with an increase in sales, “led to a further tightening of market conditions, again to the advantage of sellers.”

This rapid acceleration of prices makes the future uncertain for many Montrealers, leading to already-expensive properties being over-valuated in a seller’s market. Cortellino said that the CMHC’s last report had not identified significant over-valuation in Montreal, but that the city was edging closer to it.

Cortellino pointed to data from the 2016 Census for first-time homebuyers, who typically are under 35 years old, to highlight the potential home-owning issue.

Until 2011 there were more homeowners aged 35 and under than there had been five years prior, he said.

Not the case anymore.

“In 2016, the trend stopped,” Cortellino added. “At that time, people 35 years old or under were more often renters than people the same age in the previous census. For the first time in 15 to 20 years, young people were more renters than those before them.”

It will still be another two years before the next census is released, but Cortellino doesn't expect those proportions to swing back in the other direction. With the pandemic making the market more expensive, it is unlikely it will become easier for young people to own homes.

“Access to homeownership is just more difficult,” he said.