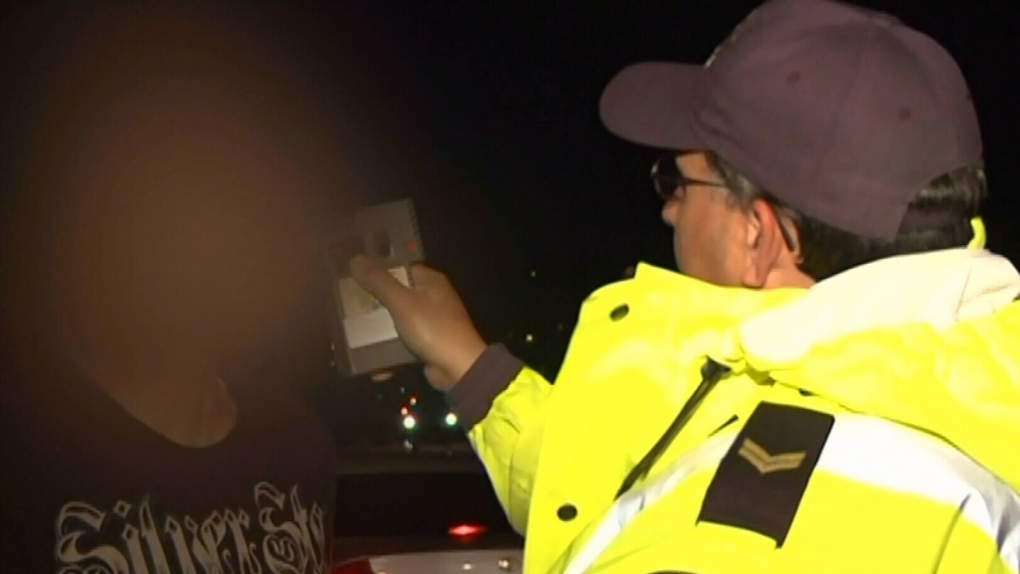 A police officer gives a drinking-and-driving suspect a breathalyzer test in Vancouver in this undated image.

Quebec has received a failing grade in an annual checkup on drinking and driving in Canada.

Mothers Against Drunk Driving (MADD) released their provincial impaired driving report Friday and Quebec and New Brunswick received the lowest scores in the country, only 11 points out of 25.

MADD Canada says recent decreases in death and injury from impaired driving have a lot to do with initiatives coming from provincial governments.

While some jurisdictions in Canada have penalties, such as administrative licence suspension programs, for drivers with a blood alcohol level of between 0.05 and 0.08 per cent, Quebec doesn’t.

MADD says that provinces such as B.C. and Alberta have seen a dramatic decrease in the death rate from impaired driving after they put the program in place. In BC it went down by 50 per cent and in Alberta it went down by 46 per cent in the first six months.

The Criminal Code states 0.08 percent as the legal blood alcohol limit. As a spokesperson for MADD told me, this could mean that a 200 pound man who drinks six beers in two hours would not be charged if they were pulled over.

Quebec also doesn't have mandatory alcohol screening. If this were implemented it would mean that anyone the police pull over would be given a breathalyzer test. Right now police need to see obvious signs of impairment before giving someone a test.

MADD Canada has been putting out the report card since 2000 and delivering it to provincial transport ministers. The organization says every day, about four Canadians are killed and around 180 injured in impaired driving crashes.