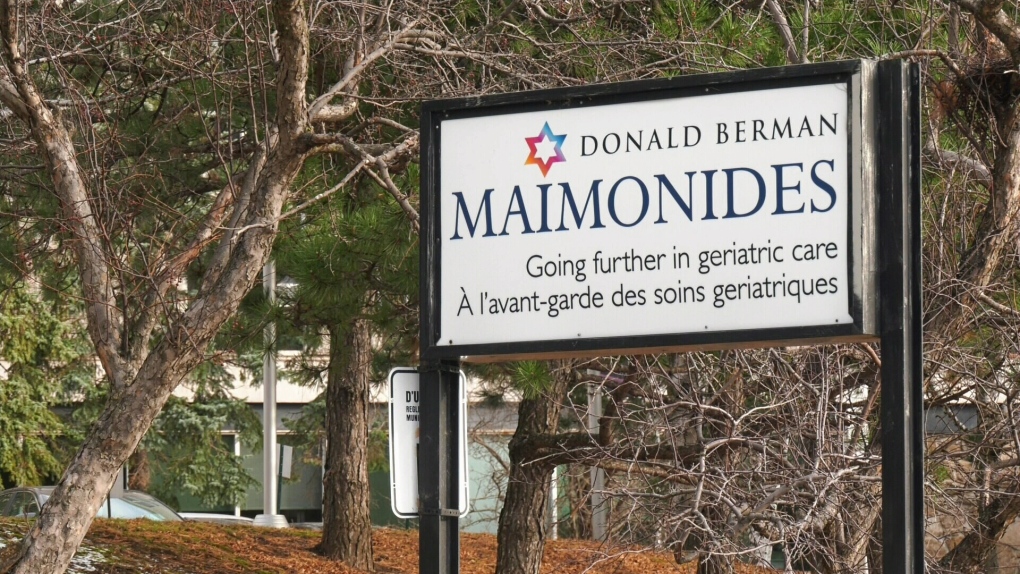 MONTREAL -- Quebec has not only changed its broad vaccine strategy, as announced last Thursday, but it's following it to the letter -- there's no exception even for the elderly residents of a Montreal care home who hit their planned booster date on Monday.

The Maimonides long-term care home in Cote-Saint-Luc was one of the first two nursing homes in Quebec to have it residents vaccinated, beginning Dec. 14.

That was exactly three weeks ago, making Jan. 4 the date of their previously scheduled second shot for the Pfizer vaccine.

"I would like to advise you of a significant change," wrote Dr. Lawrence Rosenberg, the CEO of the CIUSSS that oversees Maimonides, in a statement to residents and staff that was sent to CTV on Monday.

"Individuals who have already received the first of their two doses of the Pfizer vaccine will have to wait longer than expected to get their second dose."

The change applies to staff and residents at the care home, the CIUSSS told CTV News.

Those doses will be "redirected" to give more people their first doses, he wrote, explaining the province's that "protection will be extended to the maximum number of people as quickly as possible," even if immunity after one dose isn't as high as it is after the second dose.

"I realize that this may disappoint some of you who had hoped to get your second injection three weeks after your first, as originally planned," he wrote.

"Please rest assured that this change will not affect your health or well-being."

Other Canadian jurisdictions have followed the same strategy of giving as many first doses as possible without holding any vaccine in reserve, Rosenberg said, and this model is "supported by Pfizer."

"It's not accurate that this model is supported by Pfizer," company spokesperson Christina Antoniou said.

Pfizer only supports its previous recommendations as stated on the label and tested in Phase 3 trials, she said -- to give the second dose after 21 days.

"The safety and efficacy of the vaccine has not been evaluated on different dosing schedules as the majority of trial participants received the second dose within the window specified in the study design," Antoniou said.

Some Quebec health-care workers have also been unhappy about the change of plans, including some who say they're unsure how well the vaccine will work if its intended use isn't followed.

Rosenberg didn't put a timeline on when Maimonides staff or residents will get their second shots.

"When more doses of the vaccine become available, you will be advised when and where you can get your second shot," he wrote.

The extra doses freed up right now will go towards staff at other long-term care homes, he said.

"The remaining doses will be evenly distributed locally among CIUSSS West-Central Montreal, the MUHC and St. Justine Hospital."

Within all three institutions, priority will go to workers in COVID-19 hot zones and other places where they come into contact with COVID patients, including ICUs, operating rooms, dialysis clinics and "similar locations," he wrote.

RELATIVE CALLS IT 'BREACH OF AGREEMENT'

One daughter of an 81-year-old Maimonides resident said she's very upset by the decision.

"It is a real breach of an agreement that was made with the families and those who were supposed to receive the vaccine," said Joyce Shanks, whose father lives at Maimonides and who's the head of a family advocacy group for the home.

"There were many people who consented to doing it based on the protocol that was outlined," she said. "The government has...misrepresented themselves."

Shanks said she'll understand if from now on, "they may want to change things, but they can't go back on the fact that they've promised" the second dose on schedule to those who have already gotten the first.

On a personal level, Shanks said that while she's thankful her father, 81, is healthy, she's also very disappointed that after three weeks of hope, he'll be stuck in his room for the indefinite future.

"He's bored out of his mind," she said. "We really thought that in a few weeks time, after the second dose, we'd be able to say we made it through... there was hope. You know, 'Maybe in a couple of months we can go out for a walk.'"