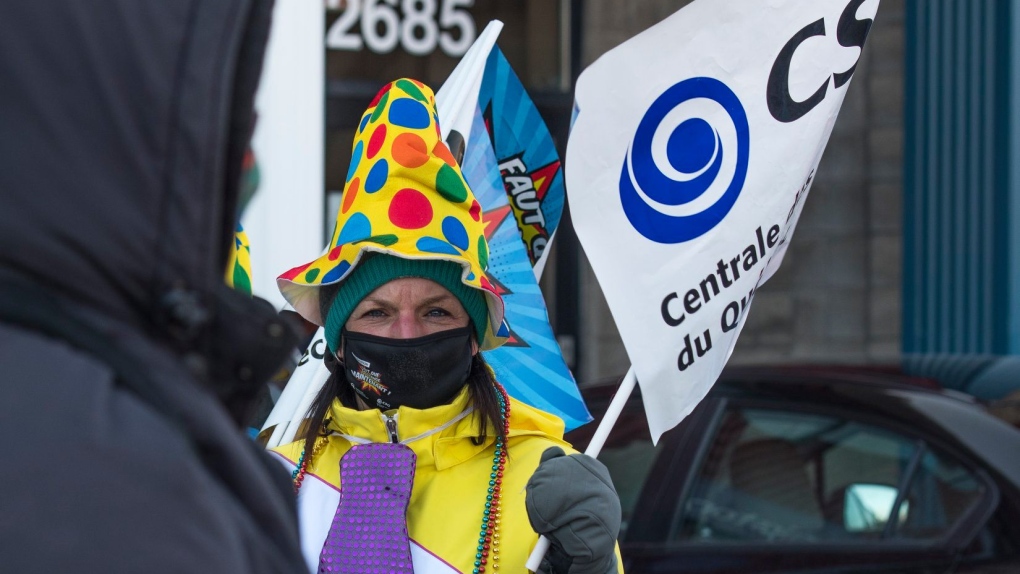 CEGEP members of the CSQ union are the first to strike due to stalled labour negotiations and a lack of a collective agreement. SOURCE: CSQ/Facebook

MONTREAL -- The CSQ is firing its first warning shot, as about 10,000 of its college-level members will hold their first strike day on March 30.

However, the March 30 walkout will only affect its college-level members, both the teachers' and the professionals' and support staff unions, but not the elementary and secondary unions for now.

Its members already voted 73 per cent in favour of a "five-day equivalent" strike mandate, to be held at the appropriate time.

Tuesday, March 30 will be the first day of this mandate.

Representatives of the central labour body are demonstrating on Thursday morning in front of the National Assembly in Quebec City to protest against the slow pace of negotiations for the renewal of collective agreements.

The CSQ and its federations are demanding more support for teachers and better wages.