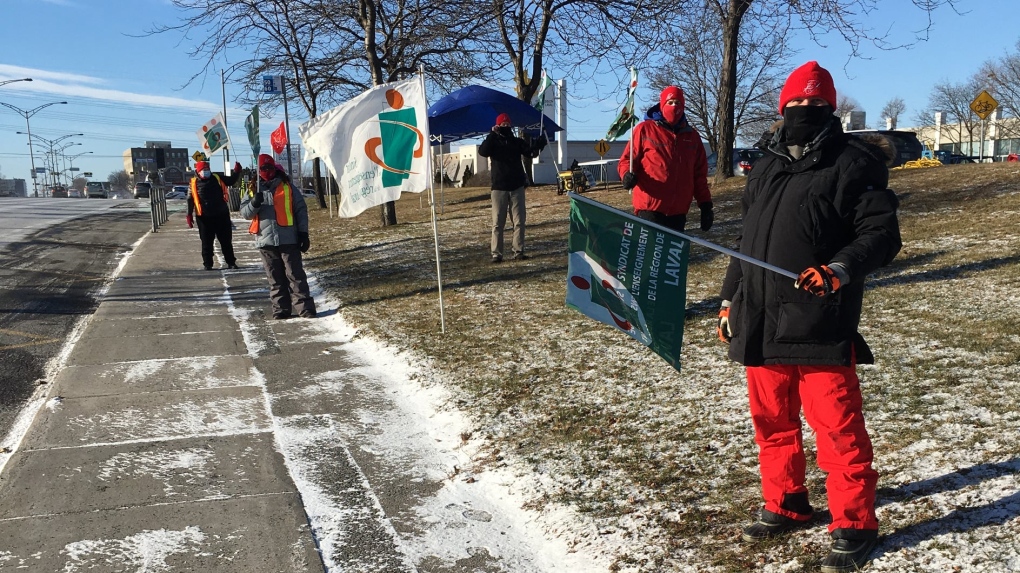 Members of the FAE in Quebec protest in December, as the negotiations continue with the threat of a strike looming. SOURCE: FAE/Facebook

MONTREAL -- While Quebec's Treasury Board is talking about accelerated negotiations with the teachers' unions, the CSQ, which represents the majority of them, affirms that the situation is "quite the opposite."

On Tuesday, during question period in the House, Treasury Board president Sonia LeBel spoke of an "acceleration of these negotiations" with the Centrale des unions du Québec and the federation of education (FAE).

"We have heard the message from the teachers. We are taking action," said the minister.

She reported that the negotiating tables in education and higher education are "stalling," that meetings are "tricky" and that negotiations are far from going well.

The FAE, for its part, said it welcomes the invitation to speed up negotiations but remains on its guard.

The CSQ unions in the education sector have already adopted a five-day strike mandate to be exercised at the appropriate time.

Those in the FAE will soon be consulted on a pressure-tactic mandate that can go as far as an indefinite general strike as of May 31.

This report by The Canadian Press was first published Feb. 10, 2021.